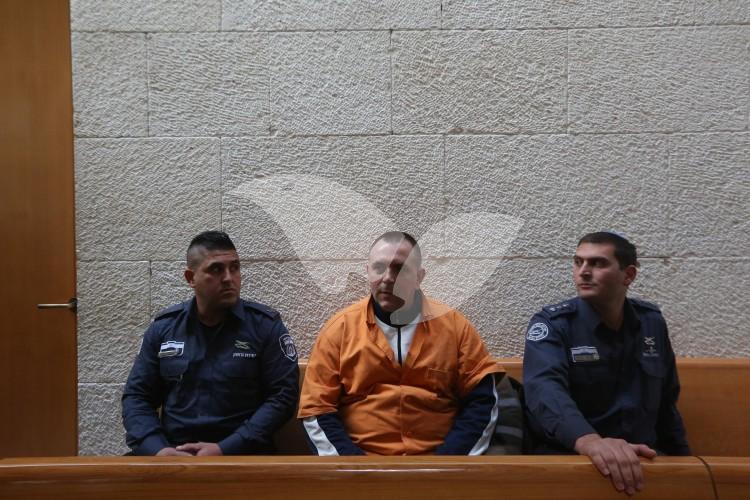 Jerusalem, 15 July, 2021 (TPS) -- Over five years after his final conviction for the murder of Tair Rada, the saga of Roman Zadorov refuses to rest as he is still claiming his innocence in court and is fighting for his release.

The State Attorney’s Office on Wednesday notified the Nazareth District Court that State Attorney Amit Isman has decided to re-conduct the trial for Zadorov, who is accused of the murder of Rada in 2006.

Notice of this dramatic development was given to Zadorov’s defense attorney as well as to Mrs. Ilana Rada, Tair’s mother.

Meltzer ruled in May that there is a legal justification to examine the new evidence referred to by the defense and for a retrial.

The new team of prosecutors reviewed all the evidence in the case, and re-examined the existing evidentiary infrastructure in the case, to recommend to Isman whether there is a reasonable chance for Zadorov’s re-conviction.

The team also examined the need to complete an investigation and transfer materials collected over the years.

After examining all the investigation materials in-depth, as well as the various allegations raised by Zadorov’s defense attorney Adv. Yarom Halevi in his meeting with the State Attorney, the team recommended to the State Attorney to conduct the case again.

This recommendation is also consistent with the opinions of other senior officials and the team of attorneys who handled the case as part of the request for a retrial.

The High Court of Justice convicted Zadorov in December 2015 of the murder of seven-year-old Tair Rada, seemingly putting an end to a controversial case that captured the public’s interest for years.

The verdict was not unanimous, with two judges out of the three ruling that Zadorov was guilty. A dissenting opinion accepted Zadorov’s appeal and ruled that there was too much doubt regarding the evidence to convict him.

Zadorov was charged with the 2006 murder of Rada, then an eighth-grader, who was brutally stabbed to death in a bathroom in her school in the city of Katzrin in the Golan Heights. The murderer then locked the stall from the inside and climbed out over the door.

Zadorov, an immigrant from Ukraine, had been working as a floorer in the school. He was arrested and charged for the murder even though no conclusive evidence was found against him. According to the indictment, Zadorov changed his clothes following the murder, cleaned the blood and replaced his knife’s blade.

In 2010, the Nazareth District Court first convicted Zadorov of the murder, a decision he appealed. In February of 2014 the court rejected the appeal, and again unanimously convicted him. He then appealed to the High Court, which convicted him for the third time.

Pieces of evidence presented over the years have cast doubt on whether Zadorov was the murderer. The most notable example is a report that the murder was committed using a serrated knife, while Zadorov had admitted to using a utility knife.

Ilana Rada, Tair’s mother, still doubts that Zadorov committed the murder, and many Israelis believe the authorities arrested the wrong man, and that the real murderer remains free.