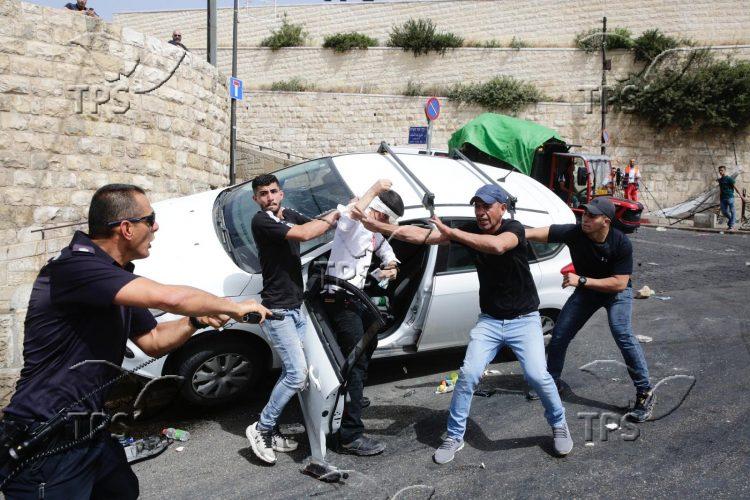 Jerusalem, 10 May, 2021 (TPS) -- Two Israelis survived a near-death lynch by a Muslim mob in Jerusalem on Monday and were saved by a police officer.

The two Israelis were driving near the Lion’s Gate at the entrance to the Old City when they were attacked by a large group of Muslims who pelted their car with a heavy barrage of rocks.

The driver attempted to escape the mob and at some point lost control of the vehicle and hit a block on the sidewalk and the car stopped.

The mob extracted the two from the car and began beating them when a policeman arrived on the scene and chased the mob away at gunpoint while firing in the air.

The victims, in their mid-20s, were taken to a hospital for medical treatment.

The car incurred severe damage with all the windows smashed by the rioters.

Police spokesman Eli Levy said that the incident is being investigated by the police commissioner and the commander of the Jerusalem district.

This incident was one of the dozens of attacks carried out by Muslims on Monday against Jews, as Israel celebrated Jerusalem Day, marking the reunification of its capital and the Six-Day War victory.