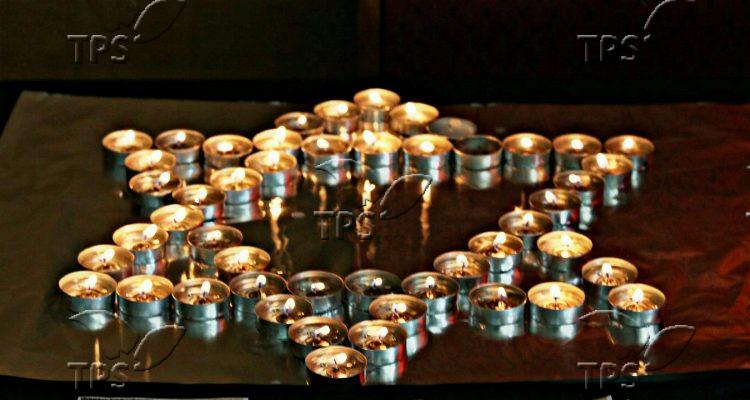 Jerusalem, 26 May, 2021 (TPS) -- Over 450 leading organizations worldwide have adopted the Working Definition of Antisemitism, adopted by the International Holocaust Remembrance Alliance (IHRA) exactly 5 years ago.

The Working Definition was formulated to serve as an effective tool for defining and identifying anti-Semitism, designed to assist courts of law, government offices, police forces, local authorities, universities, sports clubs and more.

28 governments, including in the US, Canada, Germany and the UK, football clubs Chelsea, Bayern and Borussia Dortmund, and the Global Imams Council are just a few of the prominent entities that have adopted the Working Definition of Antisemitism.

The IHRA has 34 member countries and seven observer countries. Acceptance to the IHRA depends on the counties’ adherence to the Stockholm Declaration on Holocaust Education, Remembrance and Research of January 28, 2000, as well as several other conditions.

Several countries adopted the IHRA definition in 2020, including Muslim countries for the first time, Bahrain and Albania, and Muslim institutions, the Global Council of Imams, and King Hamad Global Center for Peaceful Coexistence.

The IHRA states that anti-Semitic examples include denying the Jewish people their right to self-determination by claiming that the existence of a State of Israel is a racist endeavor, comparing Israel to Nazi Germany and leveling accusations against Jewish citizens of various countries that they are more loyal to Israel than to their own countries.

However, with this progression in the fight against anti-Semitism, new reports collected by the Tel Aviv University Kantor Center’s international network over the past two weeks indicate a disturbing rise in both verbal and physical anti-Semitic manifestations toward Jews in different hotspots around the world.

The sharp rise was in tandem with Israel’s counterterrorism Operation Guardian of the Walls against Hamas in the Gaza Strip, and the displays of violence, animosity and defamation, were worse than those observed during the past year’s pandemic.

Dr. Giovanni Quer, who conducted the study based on the reports of 60 participants across the globe, emphasizes that we are facing a mixed trend. On the one hand, we are witnessing a positive development: in a relatively short period of five years, 456 high-impact international organizations and 28 leading countries have adopted the Definition and are working to eradicate anti-Semitism, governments have allotted funds for protecting Jewish communities, and leaders have professed support for their countries’ Jews.

On the other, anti-Semitism is running wild in social media and in the streets, and there appears to be a gap between declared policies and events in the field.

According to Dr. Quer, though not legally binding, once adopted, the Definition is applied in the field in many cases, facilitating lawsuits, the cancellation of demonstrations and events with anti-Semitic contents, fights against discrimination against Jewish students at universities, and more.

For example, following the adoption of the Definition, mayors and managements of academic institutions in different countries have canceled mass events with anti-Semitic features that were contradictory to the Definition.

At the same time, Dr. Quer emphasizes that the encouraging trend of the Definition’s expanding adoption is no guard against the growing worldwide phenomenon of “New Antisemitism” – antisemitism disguised as political stances against Israel and Zionism.  “Unfortunately, over the past year we have seen a radicalization of anti-Israel standpoints, which are in fact fully and clearly anti-Semitic,” he adds. “The reports received at the Kantor Center reveal that in many cases severe manifestations of racism and blatant antisemitism are presented as ‘legitimate criticism’ of the state of Israel and its’ government’s policies.”