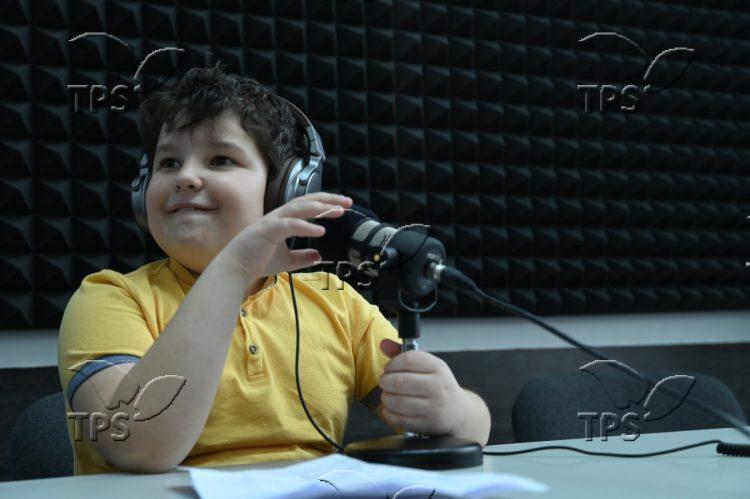 ‘A Fairy Tale Together’: Armenian Podcast Highlights Jewish and Other Minority Tales

Jerusalem, 3 June, 2021 (TPS) -- The Jewish tales ‘’Wise Child’’ and ‘’Tale about Dales’’ have been included in audio prodcast project for children of ethnic minorities of Armenia called ‘’A Fairy Tale Together’’ initiated by ARMENPRESS news agency. Children of 11 ethnic minorities of Armenia presented their folktales in Armenian language. Little representatives of the Jewish community in Armenia, Andranik Melkonyan and Daniel Azaryan, presented the Jewish tales.

‘’It was a great pleasure to work with each of the children. The tale was inside each of them which they presented to us’’, Director of ARMENPRESS news agency Aram Ananyan said, thanking the participant children for spreading kindness in the difficult period and gracing 15 bright moments.

According to head of the Division for Ethnic Minorities and Religious Affairs of the Prime Minister’s Staff Vardan Ascatryan, the project was a success. ‘’ The Armenian people have lived in this cradle of civilization since ancient times and have been able to build relations with all peoples. This initiative is an expression of such a communication between peoples’’, Ascatryan said.

ARMENPRESS news agency and the Public Radio of Armenia are always open for such positive initiatives, representative of the Public Radio Edgar Amirkhanyan said, highlighting the educational aspect of fairy tales.

‘’A Fairy Tale Together’’ project was brought to life with the organizational support of the Educational and Cultural Center for Ethnic Minorities of the Prime Minister’s staff.

According to the director of the Center Avag Hakobyan, the results of the ‘’A Fairy Tale Together’’ project and nearly one month of joint work once again proves the importance of books and reading.

The tales will be published in the Youtube channel of ARMENPRESS news agency starting from June 1 and will be broadcast on the children’s channel of the Public Radio of Armenia.