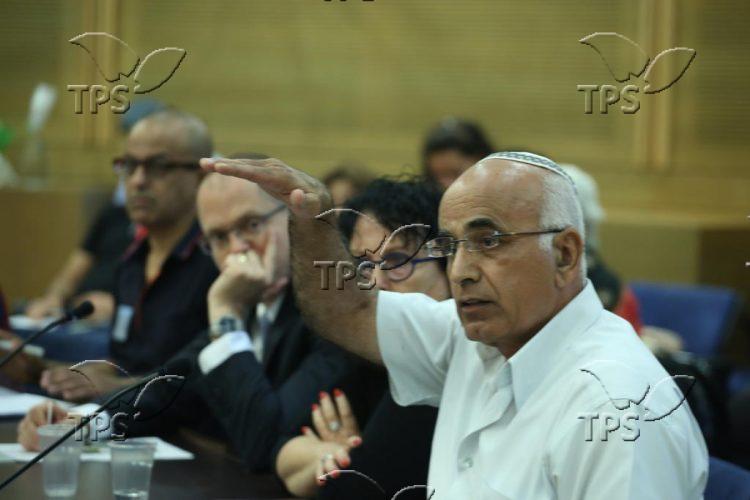 After Decades-Long Battle, Govt. Approves Compensation for Families from Yemen, Middle Eastern and Balkan Countries Whose Children were Taken in Early Years of State

Jerusalem, 23 February, 2021 (TPS) -- The Cabinet approved on Monday a historic proposal for the state to officially recognize the affair in which children from Yemenite, Mizrachi, and Balkan families were transferred to other families, and to compensate the families that were hurt in the early years of the state.

After decades of denial by the state and a prolonged battle, the government recognized the Yemenite Children Affair, in which children from some 1,000 immigrant families coming mostly from Yemen, but also from the Balkans, North Africa, and other Middle Eastern countries, were taken from their families and transferred to families without children, some of them abroad.

The kidnapping happened mostly after birth at the hospitals, and the families were told that the babies had died.

Prime Minister Benjamin Netanyahu stated that the Yemenite Children Affair “is among the most painful affairs in the history of the State of Israel. The time has come for the families whose infants were taken from them to receive recognition by the State and Government of Israel, and financial compensation as well.”

“The compensation will not atone for the terrible suffering that the families went through and are going through. This is unbearable suffering. The families, whose suffering is too great to bear, must receive a little of the consolation that they are due.” He said.

He asked ask the Education Ministry to include the Yemenite Children Affair in the textbooks of Israeli schoolchildren.

Finance Minister Yisrael Katz stated that the in this decision, “the Government of Israel recognizes a painful affair that has been seared into the annals of the state, the investigation of which has yet to be concluded.”

“We will act to fully utilize the rights of the members of the grief-stricken families, who have carried this pain with them until today. Thus we will begin to heal, if only a little, the wounds of history,” he said.

“Alongside this, we will work to move forward on commemorating the glorious history of Yemenite Jews, which is entwined forever in the history of our people,” he added.

The decision officially states that the Government of Israel “expresses regret over the events that occurred in the early days of the state and recognizes the suffering of the families whose children were part of this painful affair.”

The Cabinet approved the outline for NIS 162 million in financial compensation for the families that were hurt.

Compensation of up to NIS 200,000 was approved for members of families that were hurt, in the event that the commission of inquiry into the incident concluded that the fate of the child was unknown.

It was also decided that family members, that were determined by one of the three commissions that dealt with the affair, the first committee of inquiry on revealing the Yemenite children, the committee on clarifying the fate of the missing Yemenite children, and the state commission of inquiry on the disappearance of Yemenite immigrant children from 1948-1954, that their child died or whose fate is unknown, will be able to file an application for financial compensation during June-November 2021.

The decision was formulated by the Finance and Justice ministries.

Several organizations championing the cause of the immigrant families said the government decision was not enough.

The Union Sefaradi Mundial stated that the government’s decision “hurts the feelings of the families whose children have disappeared under its responsibility.”

“The government decision states that the compensation was made with an exception of the law. But it is a blow to the history and pain that families have carried in their hearts every day since they lost their children. Compensation alone is not enough. The government must recognize the responsibility of the State of Israel for the events of the children’s disappearances,” the organization demanded.