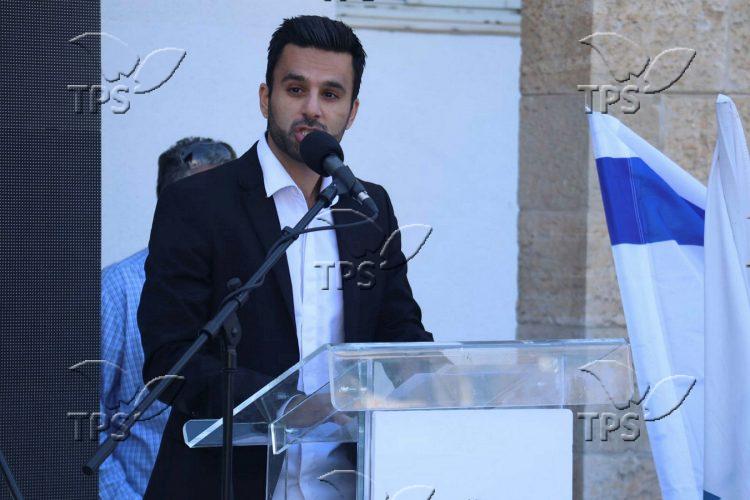 Jerusalem, 16 March, 2021 (TPS) -- Representatives from Iran, Qatar, and the Palestinian Authority on Tuesday exploited the United Nations Human Rights Council (UNHRC) 46th session to condemn Israel’s policy of vaccinating its population against the Coronavirus (COVID-19), and received a rebuttal from an Israeli Arab.

Yoseph Haddad, an Israeli Arab social activist, attacked the representatives who claimed Israel’s program was racist because it allegedly was meant for Jews only, saying that “any attempt to claim that Israel’s vaccination policy is racist is a blatant attempt to defame Israel and distract from the corruption of some countries in this council.”

Haddad, speaking on behalf of UN Watch, noted that he is an Arab from Nazareth who has been vaccinated.

“Accusations have been made against Israel that its vaccination program is racist and that is not true. Like me, my family, friends and hundreds of thousands of other Israeli Arabs have been vaccinated,” he shared.

“The State of Israel is campaigning in Arabic to encourage us Israeli Arabs to get vaccinated and Israel’s Magen David Adom National Rescue Organization, which consists of Jews and Arabs, works directly with Arab communities to vaccinate its residents,” he said.

Israel has vaccinated over 50,000 people in the first week of its operation to inoculate workers from the PA who work in Israel against the Coronavirus (COVID-19).

Some 120,000 PA Arabs will be vaccinated by Israeli medical teams with Moderna vaccines, which have been allocated by the state, at eight different locations throughout Judea and Samaria.

Haddad underscored that “any attempt to claim that Israel’s vaccination policy is racist is a blatant attempt to defame Israel and distract from the corruption of some countries in this council.”

In conclusion, Haddad declared that he is “proud to be an Arab and I am proud to be an Israeli because Israel cares for all its citizens and even for others. If the rest of the world would have taken an example from Israel instead of distracting from their failures by attacking Israel, we would already be living in a different reality.”

Haddad is the CEO of “Together – Vouch for Each Other, which was founded in 2018 by a group of young Israeli Arabs – Christians, Muslims, Bedouin and Druze, who felt determined to bring about change in the Israeli-Arab sector and adopt a positive direction vis-à-vis Israeli society and the country.