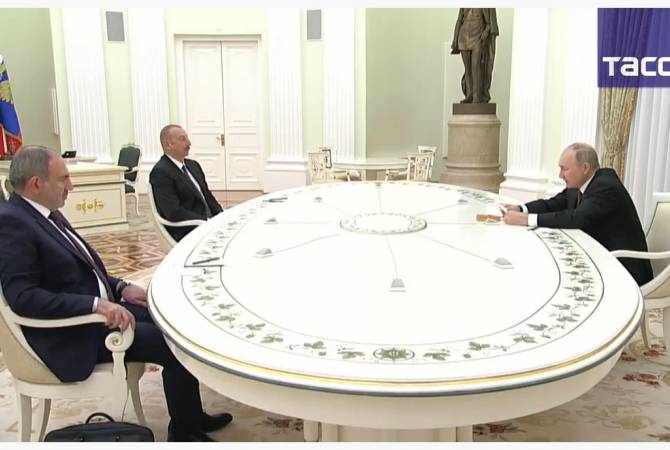 YEREVAN, JANUARY 11, ARMENPRESS. The governments of Armenia, Russia and Azerbaijan will set up a dedicated task force headed by their deputy prime ministers for dealing with the opening of the presently-closed borders in the region and the unblocking of economic, commercial and transport communications – one of the terms of the 2020 November 9 Nagorno Karabakh armistice.

“The unblocking of economic, trade and transport communications and opening of borders deserves special attention,” Russian President Vladimir Putin said in his opening remarks at trilateral talks with the Armenian and Azerbaijani leaders in Moscow. “It is planned that these issues will be dealt by a trilateral working group chaired by the Armenian, Russian and Azerbaijani deputy prime ministers.”