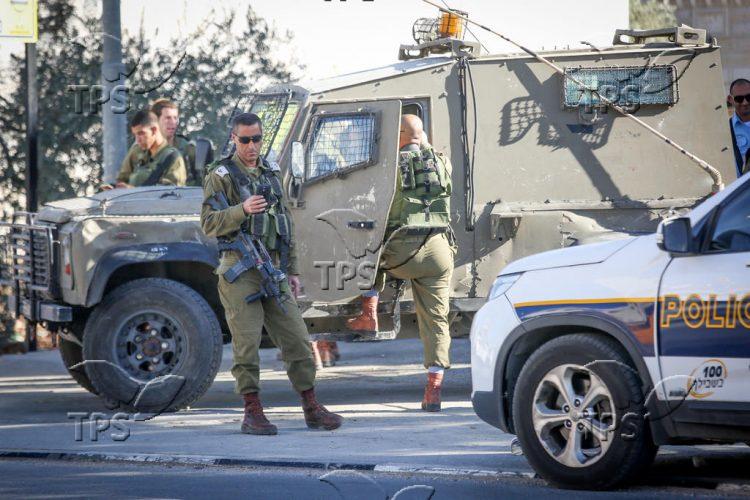 Jerusalem, 24 February, 2021 (TPS) -- The IDF launched a manhunt for a terrorist on Wednesday after he attempted to stab an Israeli citizen at the Yitzhar Junction in Samaria.

The IDF  stated that it received a report from an Israeli civilian who said that a terrorist tried to stab him at the Yitzhar Junction.

The man reported fighting with the terrorist for several minutes before he dropped his knife and fled toward the nearby Arab town of Hawara.

The civilian was not injured and the terrorist fled the scene.

IDF forces are searching for the suspect.

Chairman of the Samaria Regional Council Yossi Dagan, who arrived at the scene, praised the citizen who fought the terrorist “with his bare hands.”

He called on the Prime Minister, the Minister of Defense, and “all government ministers to come to their senses and learn from this resident, the ordinary citizen, how to fight terrorism with his bare hands.”

“The government of Israel, with all its great forces, the strongest security system in the Middle East, must restore deterrence, the reason that time and time again they [terrorists] try to hit Samaria and elsewhere in the State of Israel is that the government is losing deterrence. I call on the government to learn from the heroic act of the resident who fought with his bare hands against a terrorist with a knife and prevented a larger attack. “