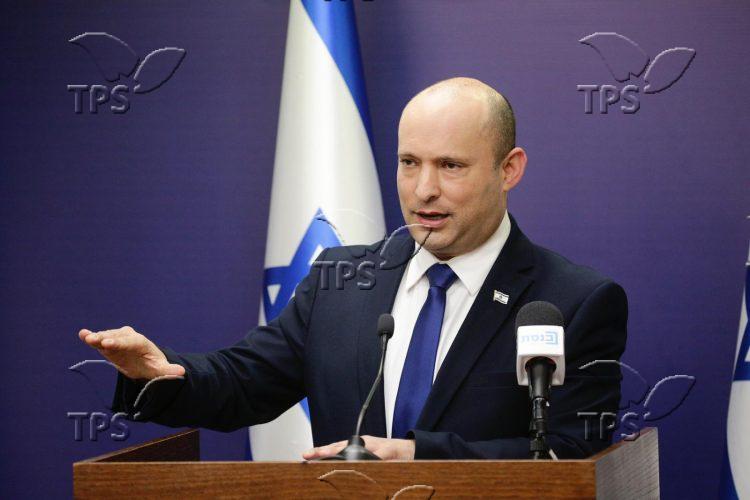 Jerusalem, 6 July, 2021 (TPS) -- Prime Minister Naftali Bennett’s coalition suffered a significant defeat Tuesday morning when a motion it put forward and fought for to extend a provision order pertaining to citizenship for Arabs failed to garner the proper support.

At the end of a stormy night-long debate in the Knesset plenum, a vote was held at the end of which a draw was recorded, 59 in favor and 59 against, and therefore the extension of the order was not approved.

The Knesset essentially voted non-confidence in the government, but the vote did topple the government because such a vote requires 61 votes in favor.

Minister of Interior Ayelet Shaked initially declared she would introduce the law without change and as it had previously been presented, but after negotiations with the Islamist Raam party, a member of Bennett’s coalition, she agreed to exceptions and concessions. She initially called for a one-year extension of the law and cut it back to six months, and started with the granting of 1,500 permits and ended with over 3,000.

The Citizenship and Entry into Israel Law that was up for vote and it extended annually establishes a principle according to which the Minister of the Interior will not grant citizenship or a residence permit in Israel to a resident of the Palestinian Authority, and to a resident of Iran, Lebanon, Syria and Iraq.

However, the law defines exceptions to the prohibition on granting citizenship or a residence permit in Israel. These exceptions allow permits for spouses and children, permits for special humanitarian cases, permits for medical treatment, work or temporary purposes not exceeding six months.

The opposition intends to submit the Basic Law of Immigration, a comprehensive and permanent law that replaces the law that was put forward by the coalition. This new law was initially authored by Shaked.