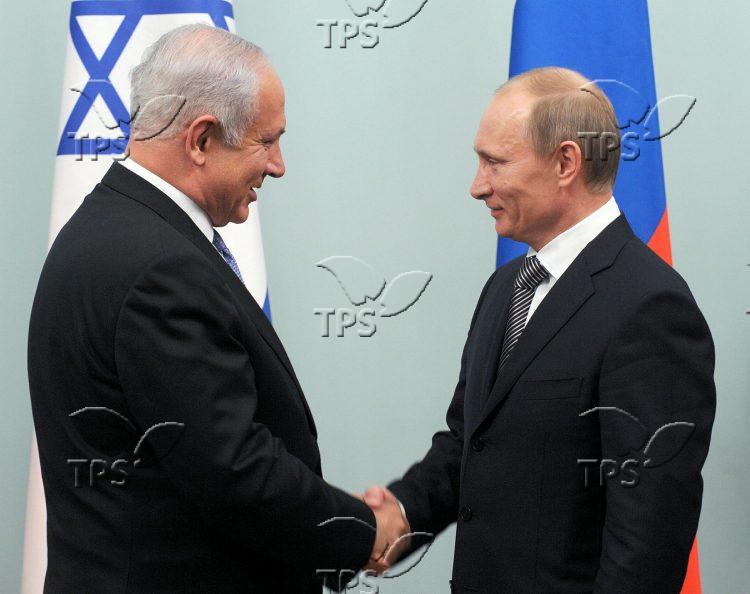 The two leaders discussed “regional issues and the continued coordination between Israel and Russia regarding security developments in the region,” Netanyahu’s office stated.

The Kremlin stated that the two “continued to exchange views on topical issues on the international and regional agendas, primarily in the context of the current developments in the Middle East.”

However, the conversation between the two took place a day after reports emerged from Syria that Russian forces were searching for the remains of IDF soldiers near Damascus.

Russian troops were reportedly digging up graves in the Yarmouk cemetery near a Palestinian refugee camp outside Damascus, in attempts to locate the remains of two Israeli soldiers who went missing during the tank battle of Sultan Yacoub in Lebanon during the First Lebanon War in 1982.

The remains of Zachary Baumel were recovered at the Yarmouk cemetery and returned to Israel, through Russia, in April 2019.

At the time, Netanyahu thanked Russian Putin and his country for assisting in the recovery and the return of the remains of IDF MIA Sgt. Zachary Baumel.

Netanyahu told Putin that he “expressed the supreme value” that the Russian people attribute to finding missing soldiers and bringing them for a proper burial. “This is a shared value by all of this,” he said.

Lauding the bonds between Jerusalem and Moscow, Netanyahu underscored that Baumel’s return “exemplifies and expressed the great shared values which unite our two nations.”

Netanyahu received some of Baumel’s personal belongings, including his tank jumpsuit and boots, at a special ceremony at the Russian Defense Ministry.

IDF soldiers Tzvi Feldman and Yehuda Katz, who likewise went missing in the Sultan Yacoub battle, are still unaccounted for.

Netanyahu and Putin maintain a unique relationship and have met and spoken by phone several times during the past years to coordinate activities in Syria, where Russia has deployed significant forces and still backs Syrian President Basher al-Assad’s regime.

The IDF and the Russian army in Syria maintain a line of communication to prevent clashes between the two militaries. Israel warns Russian troops of a pending strike in Syria if they are in the vicinity of the attack.

Jerusalem is interested in Moscow curbing Iran’s operations in the country, as it has significant sway on the goings-on in the war-torn country.