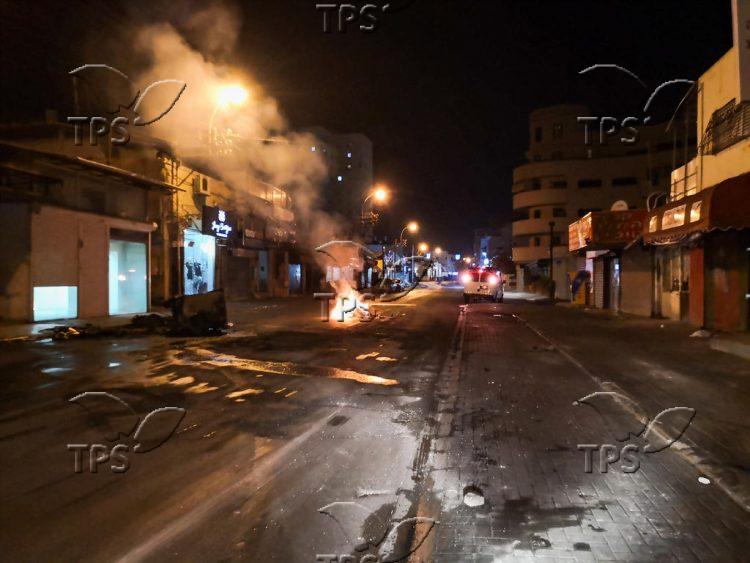 Cellcom Loses Thousands of Customers over Support for Arab Strike

Jerusalem, 19 May, 2021 (TPS) -- The Israeli Cellcom telecommunications company lost thousands of customers after it held an event in support of Israeli Arabs who joined a strike declared by the High Monitoring Committee of Israel’s Arabs.

The High Monitoring Committee of Israel’s Arabs announced a day of strikes on Tuesday, apparently in solidarity with the Muslim riots around the country and Hamas in the Gaza Strip.

Cellcom’s management shut down the company’s operations and held an event in tandem with the “Day of Rage” decalred against Israel.

In response, private customers, companies and government bodies announced they were disconnecting from Cellcom.

The Gush Etzion Regional Council announced it issued a tender seeking a new provider of communication services in place of Cellcom, the council’s current provider.

“We were shocked to learn that Cellcom went on strike today, claiming they were doing so in support of Jewish-Arab coexistence. Apparently, Cellcom lives in an alternative reality.  True coexistence means working together for the prosperity and security of our country.  Going on strike on a day in which Israel’s enemies gathered in support of Hamas, during a time of war, by sabotaging the economy from within, is not only insensitive as we are experiencing casualties, it is a slap in the face to the Zionist enterprise,” Council officials said.

“Striking for ‘coexistence,’ are you out of your minds? Do you want to create symmetry when there is no symmetry? We expect Cellcom to help the Israeli economy and not harm it from the inside with strikes that strengthen our enemies. Here at the Gush Etzion Regional Council, we will do the opposite – we will support all of our Arab employees who oppose the outrageous strike and at the same time issue a new tender for communication services in place of Cellcom,” he said.

The regional councils of Mount Hebron and Shomron made similar moves.

Mount Hebron council chairman Yochai Damri said that “when I find myself in recent days dealing with incident after incident of personal and property damage to residents, when I see the damage being done to the citizens of the State of Israel wherever they are, there is no room to identify with our enemy. I do not want service providers who receive money from us to back up our enemies.”

Member of Knesset Michal Waldiger called on the IDF to end its engagement with the company.

“Taking a side in war has a price,” she said. “Cellcom’s move, while fighting the enemy, is a low point. I call on the IDF, the people’s army, to announce the termination of its contract with Cellcom.

After the public outcry, Cellcom claimed that it “has employees from all religions and beliefs, who work together, shoulder to shoulder, even these days.”

The event at the company was “a call for coexistence and came from the place of workers living and working together. It goes without saying that there is and was no connection or sympathy with the strike of the Monitoring Committee.”

“In retrospect, the timing was wrong and it enabled anyone looking to heat up the atmosphere, to make a connection that did not exist between the two things,” the company claimed.