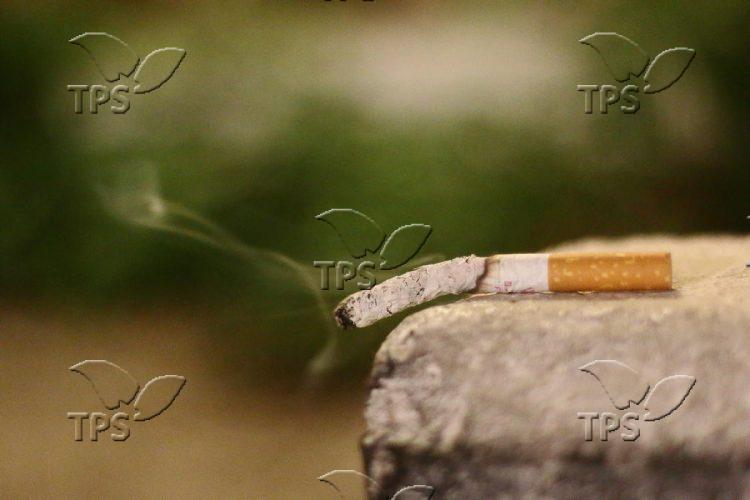 The study examined the biological effect of cigarette smoke, with and without cigarette filters, using a bacterial model called the bacterial panel, to measure the mechanisms of biological toxicity for the first time.

This finding is particularly relevant during the COVID-19 pandemic. It may also contribute to the understanding of the effect of cigarette smoking on various medical conditions, explaining why cigarette smokers are at higher risk for lung infections.

While filters reduce that communication interference, there was still noticeable disruption from filtered smoke. Moreover, the type of filter affected the level of harm – more expensive filters did a better job.

“The more expensive the filtered cigarette, the lower the levels of observed toxicity,” explained Prof. Robert Marks, head of the Avram and Stella Goldstein-Goren Department of Biotechnology Engineering at Ben-Gurion University of the Negev, “The experiment proved that the filter is a crucial element in reducing the harm of smoking and, therefore, there is a need to develop better filters to reduce toxicity.”

In addition to Prof. Marks, the study was led by his doctoral student Tim Axelrod and student Merav Lerman from Ben-Gurion University of the Negev, Dr. Dorin Harpaz from the Hebrew University in Jerusalem, and Dr. Evgeni Eltzov from the Volcani Center in Rehovot.

Prof. Marks’ laboratory is one of the leaders in the use of panels of genetically engineered bacteria to find the specific mechanisms of toxins in a variety of materials and their impact on the environment.

Cigarette smoke is a complex mixture with thousands of different compounds, considered a risk factor for several serious chronic diseases, including premature death, yet little seems to be known from a research point of view about the toxicity of its components in the human body.

The study examined 12 distinct types of commercial cigarettes of varying prices bought at local Israeli stores. At the same time, a bacteria panel was produced made up of four different strains of genetically engineered bacteria from E. coli, which produces light after exposure to various toxins, including cytotoxicity, oxidation, and genotoxicity. The light response showed the mechanism of biological toxicity of the filtered and unfiltered cigarette smoke.

Based on the findings of the study, cigarette companies, research organizations, and academics can use the bacterial panel and its accompanying system to cost-effectively monitor the overall toxicity of various commercial cigarettes and test their filter effectiveness.

“The newly developed smoke testing system based on our bacterial panel is a great way for those needing to analyze toxicity of smoke at a reasonable cost,” concluded Prof. Marks.