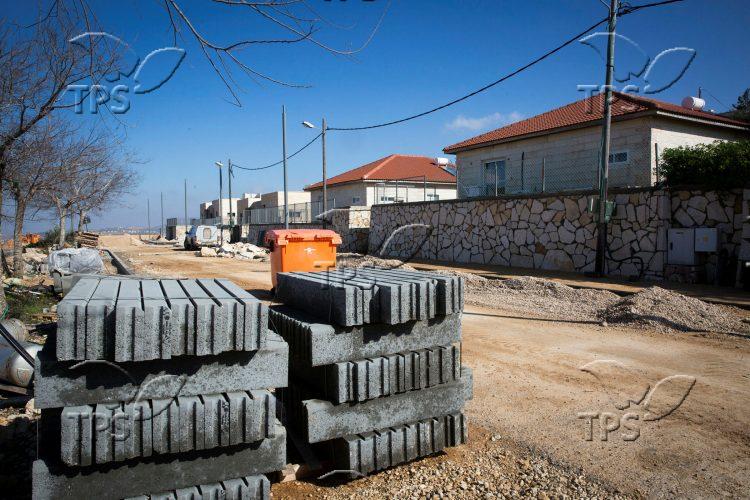 Defense Minister Approves 2,000 Houses for Israelis, 1,000 for Arabs in Judea and Samaria

Jerusalem, 12 August, 2021 (TPS) -- Minister of Defense Benny Gantz has approved the convening of the Higher Planning Council of the Civil Administration for approving about 2,000 housing units in Israeli communities, and almost 1,000 housing units for Arabs.

The Higher Planning Council is slated to convene on Tuesday to discuss plans for five Arab villages situated in Area C, under full Israeli control, including the construction of 863 housing units.

On Wednesday, the Council will discuss 21 plans for 1,956 units in Israeli communities.

The plans were criticized right and left.

The leaders of the Land of Israel Lobby in the Knesset, Members of Knesset Yoav Kish and Orit Struck, responded by stating that “instead of fighting the illegal construction that is raging in Area C, the Israeli government is setting a dangerous precedent for Arab construction in Area C on a huge scale, and strengthening the Fayyad plan on the way to Palestinian territorial continuity and a realization of a two-nation vision.”

“The attempt to throw crumbs for Israeli communities with the approval of only about a third of the plans on the agenda – will not be able to atone for this criminal move,” they added.

MK Shlomo Kathi, of the Likud party, attacked the defense minister and accused him of “leading to a disaster. Instead of deepening and expanding Israel’s control and enforcement in Judea and Samaria, he is helping the Palestinians advance their dangerous plan to take over the territory.”

The Regavim Movement, which combats illegal Arab construction, pointed out that “in the last year alone, thousands of illegal structures have been erected by Palestinians in Area C. there is no logic and justification for approving further construction now. Especially while the government is freezing Israeli construction in Judea and Samaria.”

Peace Now, which opposes Israel’s presence in Judea and Samaria, stated Wednesday that Israeli construction “harms the Israeli interest and the chances of reaching peace.”

The approval of Arab construction “is only intended to try to reduce criticism of the government and to please the US administration ahead of Prime Minister Bennett’s expected visit to Washington in the coming weeks,” Peace Now asserted.