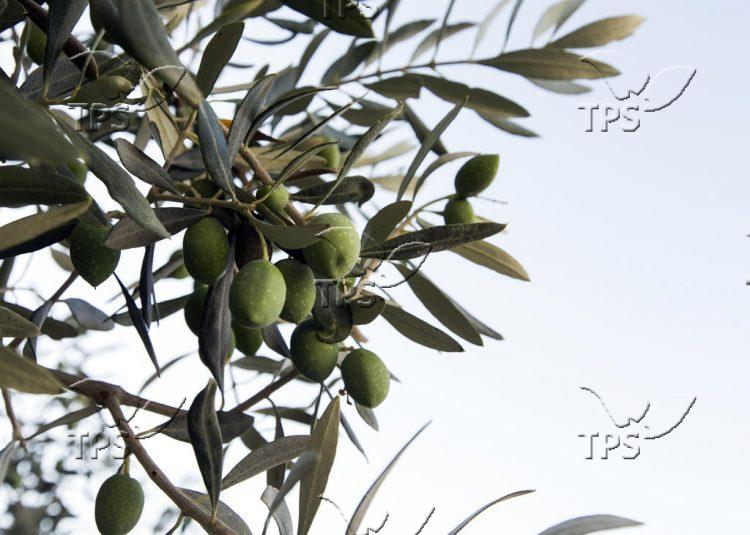 Jerusalem, 2 February, 2021 (TPS) -- The earliest evidence of the production of edible olives, from about 6,600 years ago, was found at the underwater Chalcolithic (Copper Age) site off the coast of Haifa, according to a new study by Israeli researchers from the University of Haifa, the Technion, Tel Aviv University, Hebrew University, the Volcani Center for Agricultural Research Organization, and other research institutions from Israel and the world.

This discovery predates the current evidence about the production of edible olives by about 4,000 years.

“The latest discovery completes for us the sequence of the use of the olive tree, from the use of its wood for heating, through the production of oil about 7,000 years ago, to our findings, in which olives were used for food,” said Dr. Ehud Galili of the Zinman Institute of Archeology at the University of Haifa, who led the study.

The olive is a basic ingredient in the human diet, culinary culture, and Mediterranean economy. Archaeological finds and written documents indicate the widespread use of olive oil for food, lighting, worship, hygiene, and cosmetics in ancient times, but the date of the beginning of the consumption of edible olives remained a mystery.

“Historical documents attribute the beginning of the consumption of edible olives in Europe to the middle of the first millennium BCE, and in Egypt to the classical period, after the conquest of Alexander the Great, so that the evidence so far is from the first half of the first millennium CE,” said Dr. Liora Kolska Horowitz of the Hebrew University.

The study was conducted at the “Carmel Forging” site, which gets its name from the nearby plant with the same name, about half a kilometer south of Haifa’s southern shores.

The underwater site dates to the Middle Chalcolithic period, from about 6,600 years ago, which remains are now 120 meters away from the shoreline and up to four meters below sea level.

It is estimated that about 6,600 years ago the sea level was about 3-4 meters lower and the shoreline was about 200-300 meters away from its current location, so the site is located near the ancient shoreline.

No evidence of dwellings was found at the site, but 1.5-meter-round structures were found, built of composite stones, which the researchers estimate were used as wells or storage pits.

During the underwater surveys, the researchers found two oval stone structures containing thousands of water-saturated olive pits, most of them intact and in excellent condition.

To identify the use of olives, research was conducted by a multidisciplinary team of archaeologists and botanists from 11 research institutions in Israel and abroad.

“When we found the pits, we saw that they were different from those from which olive oil was produced. In the waste from oil production, the pits were mostly crushed, while the ones we found were intact,” said Dr. Dafna Langot of Tel Aviv University.

The researchers compared the findings to pits that Dr. Galili found several years ago at another underwater site, Kfar Samir, an older site which is about 7000-7500 years old and is about 1,800 meters away from the Carmel Forging site. The facilities found in Kfar Samir contained crushed olive pits and olive peels and were identified as the waste of olive oil production. The pits found at the Carmel Forging site were mostly intact and no peels or other evidence resembling that from Kfar Samir were found among them.

Also, in the remains of the pits from Kafr Samir, the researchers found pollen grains from the olive tree, which is found in the waste from sites that produce olive oil. No such powder was found in the facilities currently found at the Carmel Forging site.

Another characteristic that tipped the scales in favor of the determination that the facilities were intended for the production of edible olives was the proximity to the beach. The Carmel Forging site’s proximity to the beach does not allow storage of olives due to the high humidity that causes mold to form in a short time, so, according to the researchers, it does not make sense that the facilities were used to store fresh olives. However, the proximity to the sea could provide access to essential ingredients for the process of pickling olives, such as seawater and sea salt.

During the study, the researchers conducted a controlled experiment in the Food Research Laboratory at the Technion and succeeded in preserving olives in seawater.

“The pickling of the olives in the discovered facilities could have been done after repeated rinsing in seawater to relieve the bitterness and then soaking in seawater, which may have added sea salt,” said Prof. Ayelet Fishman of the Technion.

“The lack of pollen grains of olives inside the facilities, as is usually found in oil production waste, strengthens the hypothesis that the olives have undergone repeated washing, as is customary in the process of pickling olives today,” said Prof. Mina Weinstein-Evron of the University of Haifa.

“We did not find any residential buildings at the Carmel Forging and Kfar Samir sites, but we did find wells, round installations, stone crushing basins, filters made of twigs, and now the olive production facilities. It is possible that these sites were a kind of ‘industrial area’ of the residents of Hof Hacarmel in the Chalcolithic period, who began producing olive oil about 7,000 years ago and edible olives about 6,600 years ago, “concluded Dr. Galili.