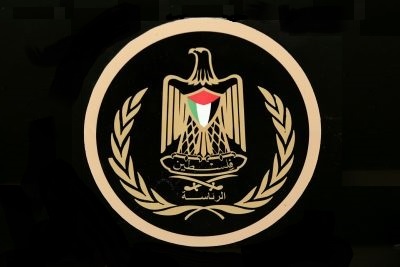 EXCLUSIVE: American Message to Ramallah: State Dept. To Conduct Contacts With PA, Not CIA, and Will Demand Democratic Moves

The source added that “under the new American approach, the Biden administration will emphasize the demand for democracy in the Palestinian Authority as well, and this will be the leading approach that will also affect relations with the Palestinians, certainly if they postpone the legislative elections” which are slated for the end of May.

“The current administration, unlike the way Trump saw relations with the Palestinians as a major security issue, will require Abu Mazen [PA head Mahmoud Abbas] to demonstrate moves that are in line with the American perception,” the source said, based on talks with the Americans.

“In doing so, the head of Palestinian intelligence, Majed Faraj, will lose much of his power that stemmed from good relations with the CIA,” the source added.

He said the leak to the Al-Quds newspaper about alleged unofficial consent of the Biden administration to postpone the elections was a deliberate leak from Ramallah intended to serve as an experimental balloon and measure the reactions of the Palestinian arena and Europe to a possible postponement.

“​​Hady Amr, Deputy Assistant Secretary for Israeli and Palestinian Affairs in the Bureau of Near Eastern Affairs within the US State Department, will arrive in the region in the near future and will discuss with the PA how the elections will be conducted and about sending international observers, and it seems that the leak to Al Quds does not reflect the American perception but rather the way Ramallah would like to see it,” he concluded.

Meanwhile, the Al-Quds Al-Arabi newspaper reported Monday that the PA has rejected a series of compromising proposals made by European countries regarding the manner in which the Palestinian elections are to be held in eastern Jerusalem. The PA claims against the proposals put forward by the Europeans that they violate the PA’s political rights in Jerusalem.

The newspaper claims that the Palestinian leadership will formulate the final decision on the election in general within a week, and it expects that during this period European countries will work with Israel to ensure the Palestinians’ right to political activity in the run-up to the elections in eastern Jerusalem.

However, a source in Ramallah told TPS that the report in Al Quds Al-Arabi is inaccurate as the PA approached the European countries to formulate mediation proposals with Israel, and so far no official response has been received from these countries. However, he said, European pressure was continuing on Abbas to hold the elections as scheduled.

According to Al Quds Al-Arabi, European countries have put forward a series of proposals, including the placement of ballot boxes in the embassies situated in eastern Jerusalem. It should be noted that a few weeks ago, Riyad al-Maliki, the PA’s foreign minister, spoke about this possibility and said the Authority would appeal to Europeans to open their doors to residents of the city.

Al-Quds Al-Arabi now claims that the Authority believes this proposal is insufficient as it does not guarantee political activity in eastern Jerusalem.

On Sunday, the Palestinian leadership, in the presence of members of the PLO Executive Committee, held a meeting that dealt with the elections, and in the meantime, Abbas sent his al-Maliki to Europe to work with the heads of state to make one last attempt to persuade Israel to approve the elections in eastern Jerusalem.

It should be noted that Abbas sent two businessmen to Washington a few weeks ago to check the American position on postponing the election, and for the time being, an official position has not yet been given by the Biden administration.

In the past two weeks, the Jerusalem police have dispersed two election rallies held by the Fatah list loyal to Abbas. Fatah officials are angry at the rallies since the campaigning period has not yet begun and any such activity is prohibited under PA law before May 1.

Statements by PA heads and Palestinian organizations about elections in Jerusalem have increased. Fatah Central Committee member Hassi a-Sheikh said that the organization would not pay a political price for holding the elections and would not give up on Jerusalem.

In a meeting held by members of the factions in the PLO last week in Ramallah, their representatives pledged not to hold elections without Jerusalem.