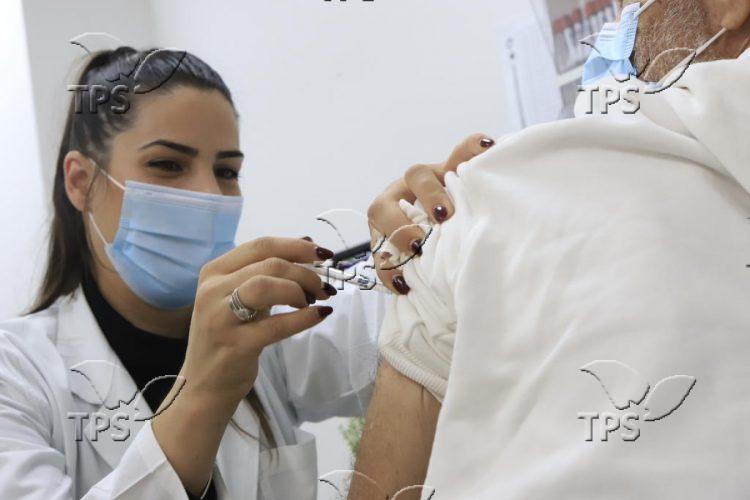 Exploring Israeli Vaccination Success – And What Europe Can Learn from Israel

When Israel began on Thursday vaccinating citizens over the age of 16, the state’s vaccination program once again made international headlines. While several European states have been halted in their vaccine endeavors by limited access to vaccines – and programs in many states around the world have not yet begun – Israel has thus far administered nearly 5.5 million doses of the COVID-19 vaccine, as data by the University of Oxford’s ‘Our World in Data’ tracker showed on Saturday.

With the Israeli vaccination rollout capturing worldwide attention, debates have arisen abroad as to why Israel’s vaccine program has thus far been so successful.

In political discussion across the European Union (EU), Israel has frequently been cited as an example of how an effective and efficient national vaccination effort can play out. The success of Israel, the United Kingdom and the United States in their respective vaccination pushes have seen Europeans in many EU member states criticize their politicians.

Germany’s ‘BILD’, Europe’s best-selling newspaper, has repeatedly referenced Israel’s success in its criticism of the European Union’s approach to purchasing and – on a national level – administering vaccinations.

In January, Christine Kensche, the Israel correspondent of Germany’s WELT newspaper, took to Twitter to voice her frustration over the German vaccination program. “My grandmother died today. She got COVID in a hospital in Germany. She was 91 and not even close to [being] vaccinated. I’m 38 and [getting] my first shot now. I live in Israel,” Kensche wrote, adding that “one thing is not having enough vaccines. The other is this grotesque failure in distributing it effectively.”

And yet, politicians in the European Union have repeatedly attempted to explain that Israel is too unique a case to compare member states’ approach to vaccinations.

A senior politician in the European Parliament told TPS on condition of anonymity that as a “crisis-tested” nation, Israel had “mechanisms in place to respond swiftly to crises.” Referencing Israel’s digitalized health system, the member of the European Parliament argued that “Europeans would be unlikely to accept [such a system] due to concerns over data protection.”

Upon closer inspection, however, Israel’s success in acquiring vaccines and its efficient distribution need not necessarily be rooted in the Jewish state’s experience of crises. While Israel succeeded in acquiring the required number of vaccines early, its health system has been pivotal in ensuring Israelis are receiving their COVID-19 vaccinations faster than citizens of any other state worldwide.

Israel’s health system is digitalized, with data shared on a national level, ensuring maximum efficiency in arranging appointments for vaccinations, administering them, and following up on recipients to ensure they return for their second jab.

Israel has four national health insurance providers who run individual clinics, yet share data among one another and with the centralized government-run national system. In addition, medical staff has been vaccinating patients seven days a week, including on Shabbat.

While the structures for a swift vaccination program is in place, Israel’s success has also largely been credited to its pragmatic “organized chaos” approach, in which random members of the public have been invited to receive their necessary injections when vaccines are approaching the date by which they need to be used.

This unbureaucratic approach was epitomized by the case of an Israeli pizza delivery person reported by Israeli journalist Nadav Eyal: Approaching the end of a vaccination shift and with limited numbers of vaccines remaining, doctors summoned an individual delivering pizzas to an adjacent building and vaccinated him.

While such unbureaucratic examples are an exception in the well-orchestrated vaccine program, they show how Israel has prioritized making use of its vaccinations – in very pragmatic ways if necessary. While European states will likely find it too late to mirror Israel’s acquisition of vaccines – a process that reportedly involved an agreement with pharmaceutical giant Pfizer over data-sharing of the efficacy of its vaccinations in what amounts to a real-life laboratory – the health system can inspire other states on how to reorganize their vaccination programs.

Digitalizing health insurance providers and hospitals can undoubtedly pave the way for a more effective vaccine distribution. The lessons from Israel, however, are not limited to the current pandemic. As the swift vaccine rollout in Israel has shown, digitalized health systems can help respond more efficiently to crises. Combined with a sometimes unbureaucratic, pragmatic approach to minimizing wasting of resources, European officials and politicians would be well advised to carefully study Israel’s vaccine rollout to modernize their respective systems and ensure successful responses to future health crises.

Israel, meanwhile, is continuing its record-breaking vaccination program. By March 20th, the Ministry of Health expects 5.2 million Israelis to have received their second dose of the vaccine.