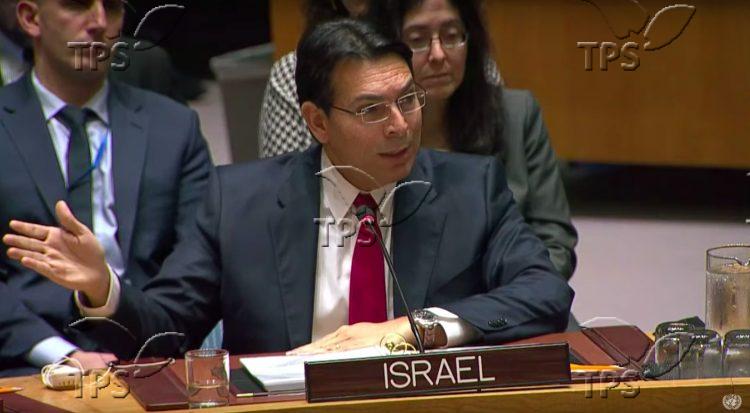 Jerusalem, 21 April, 2021 (TPS) -- “The American Jewish leadership will have to choose between their support for the agreement with Iran or their support for Israel’s position,” Danny Danon, Israel’s former ambassador to the United Nations stated.

Speaking at a recent conference on Israeli-US relations of the Ruderman program at the University of Haifa, Danon clarified that there is an expectation that the Jewish leadership in the US will side with Israel in the struggle against the Beidan administration emerging renewed agreement with Iran on its nuclear project.

Danon called on America’s Jewish leadership to stand with Israel in opposition to the Biden administration’s intention to return to an agreement with Iran.

“We are reaching a period when America’s Jewish leaders need to decide whether they will stand with Israel or support the decision to return to the nuclear agreement with Iran,” said Danon in his address to a panel of experts at the annual conference.

“The last time the nuclear agreement was debated, the American Jewish leadership supported Israel and that is the expectation of them today also,” he underscored.

“The position of the Jewish leadership in the United States has great significance and a proven ability to act to strengthen the security of the State of Israel,” he said.

Jerusalem believes that Washington is dashing toward a deal with Tehran and that the most it can do is mitigate the circumstances.

Danon further noted that the line taken by the new administration is clear.

“We recognize the US administration’s desire to reach a quick deal with the Iranians. This will come at the expense of adhering to sound principles,” he warned.