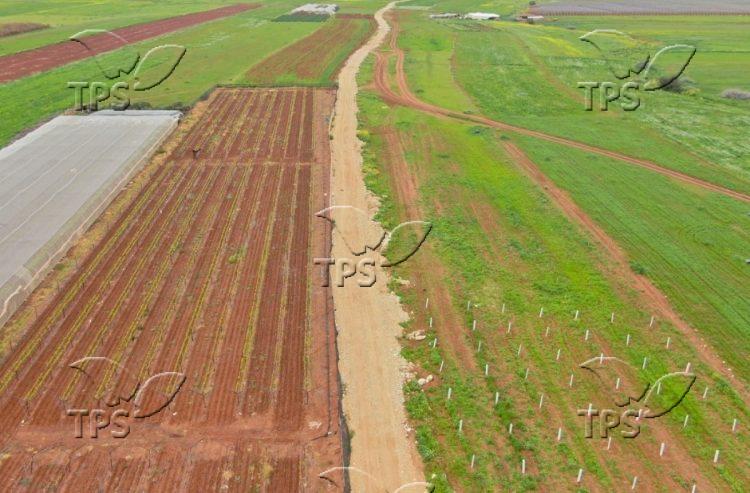 How the PA is Cementing its Illegal Presence in Area C

Jerusalem, 29 April, 2021 (TPS) -- The Palestinian Authority (PA) has paved a new illegal trail through the Jordan Valley, connecting the towns of Taysir and Tubas in Area B to its network of illegal outposts in Area C.

Area B is controlled by the PA, as per the 1994 Oslo Accords, while Area C is under full Israel control.

Regavim, which monitors illegal Arab construction, reports that in recent months, the PA has invested massive resources to create a new illegal road connecting the large Arab villages of Taysir and Tubas in eastern Samaria with the network of illegal outposts near the Israeli communities of ​​Ro’i and Beqaot and the IDF bases of the Jordan Valley.

The Regavim Movement said it has been tracking, documenting and warning the authorities about the project for many months.

The PA began work on the illegal road as early as November 2020.

Regavim alerted the IDF’s Civil Administration and other relevant authorities in the early stages of the project, demanding decisive enforcement action against the illegal activity and those responsible for it.

Nonetheless, the PA managed to steamroll and surface the entire roadway without interference.

“We warned the Civil Administration and the authorities and appealed to them to take swift, active steps to prevent further progress of the work on the road, designed to support the illegal structures already on the ground and to link the scattered outposts into a network and connect them to the central villages of Area B, but they did nothing,” said Eitan Melt, Regavim’s Field Coordinator for Judea and Samaria.

“The Palestinian Authority is constantly working to create contiguity of Palestinian settlement; they aren’t standing around waiting for a Civil Administration inspector to show up and stop them,” said Melt.

“Either knowingly or unwittingly, the inaction of the enforcement authorities and the State of Israel is enabling the Palestinian Authority to achieve its vision of territorial contiguity and control in the Jordan Valley,” he warned.