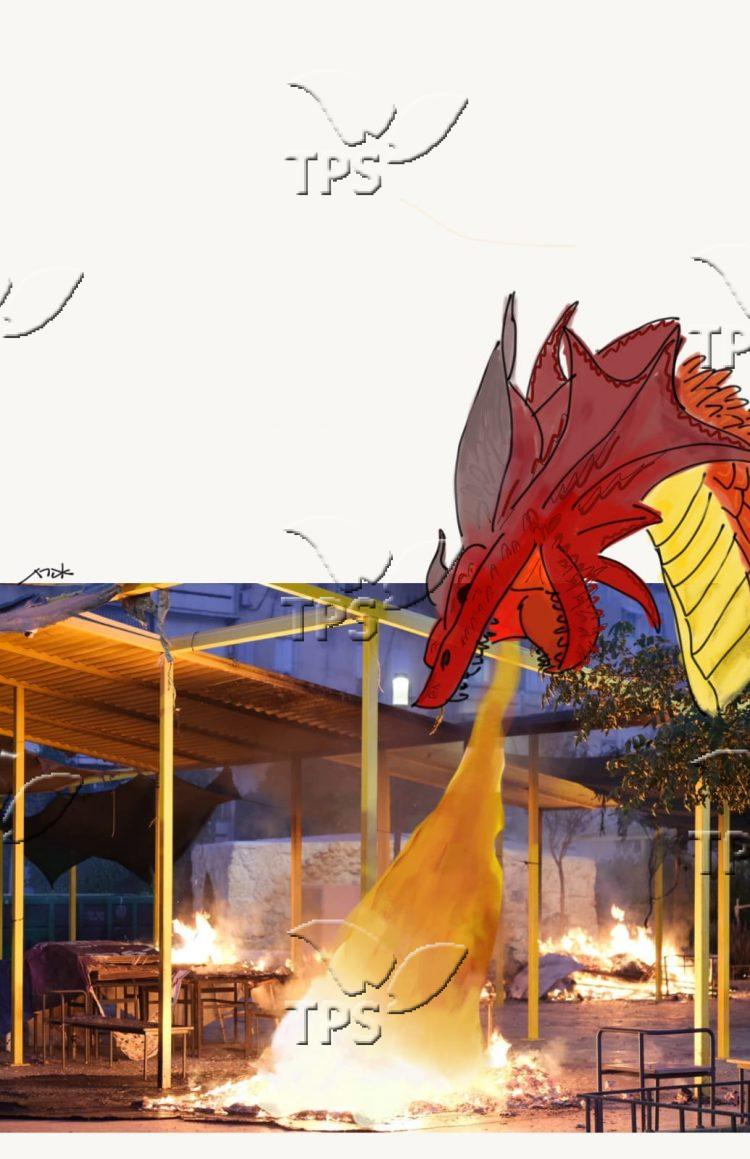 “I thought this can’t be real. It looked like a movie” – Using TPS Photos, Woman in Lod Transforms Horror to Movie Scenes

A Jewish woman in the central Israeli city of Lod has turned to art to deal with the rocket attacks and rioting in her city. Mother-of-three Efrat Asulin’s art transforms photos of the damage from the rioting in Lod into scenes from superhero movies or comics.

“I was in the safe room with my family. I saw photos of the terrible incidents on my phone – I thought this can’t be real. It looked like a movie. So I started painting,” Asulin told TPS.

The mother of children aged three, eight and ten, explained that painting – using photos taken by TPS’ photographers – helped her “forget about everything for a few hours. I was just concentrating on lines and colors.”

Rioting first broke out in Lod on Monday night, with groups of Arab men taking to the streets and, a wave of unprecedented violence, throwing rocks at Jewish motorists, blocking roads with burning tires, launching fireworks at Jewish targets, and clashing with police.

“We had gone to the safe room because of the rocket alarms in Lod,” Asulin said, stating that she could also sense the rioting. “Lod is a small city. We could see the fires through our window and smell the smoke.” Recalling the violence, in which a pregnant Jewish woman was seriously wounded by roccks thrown at her and others were injured in clashes, Asulin said she did not know whether life in Lod would be the same again once calm returned.

“These people are our neighbors. We had good relations. Now it will be hard to restore the relationship between the Jewish and Arab populations in the city. It will have an effect on our lives.”

Responding to the attacks, Jewish hooligans had also marched through the city, clashing with Arabs.

Despite the government’s announcement of a state of emergency and a curfew, and despite the streaming of additional forces, the police were unable to gain control of the city and rioting continued on Wednesday night. Two Arab suspects, residents of Lod in their 20s, were arrested for carrying out several shooting attacks on police officers during disturbances that took place Tuesday night in the city.

Despite the troublesome events of the past days, Asulin has been “touched to see all the people who have helped us, sending cakes and toys for the children and giving us their best wishes.”