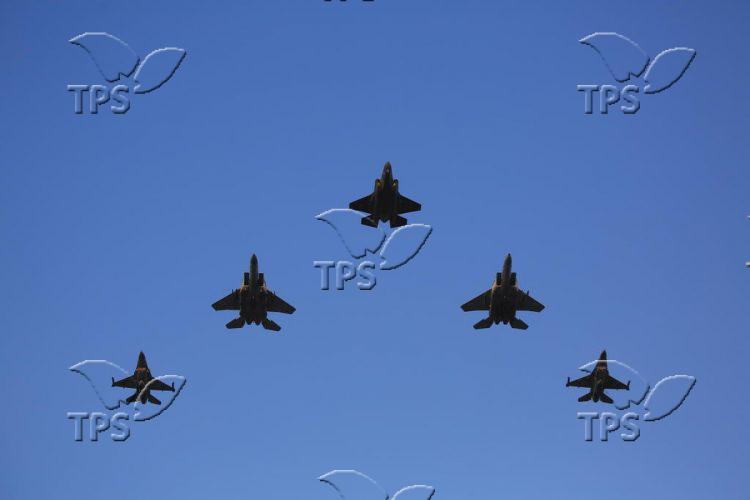 IAF Bombs Targets in Lebanon in Response to Rocket Attacks

The IDF stated that the attacks hit areas from which the three rockets were fired, and “the infrastructure used for terrorism.”

“IDF attacks will continue and even intensify in the face of terrorist attempts against the State of Israel and its citizens,” it stated, placing the onus on the state of Lebanon, which “is responsible for what happens in its territory. The IDF warns of continued attempts to harm Israeli citizens and their sovereignty.”

The airstrikes were preceded by IDF artillery shelling of several targets in Lebanon, during which some 100 shells were fired.

Hezbollah’s Almanar news reported that Israeli artillery shelled areas to the north of Naqoura border town and south of Rachaya Al-Fakhar in Al-Arqoub, and the outskirts of Al-Hibbariya and Kfarshouba.

The military action was Israel’s response to a rocket attack on the upper Galilee in which two rockets exploded in open spaces near the city of Kiryat Shmona, injuring no one, but causing mass blazes that burned throughout the night.

US State Department spokesperson Ned Price stated that the US “absolutely condemns the rocket attacks from armed groups based in Lebanon that were fired into Israel. As the President has said, as Secretary Blinken has said, that Israel has the right to defend itself against such attacks.”

“We will remain engaged with Israeli partners, with Lebanese officials, and other partners in the region in an effort to de-escalate the situation,” he added.

A similar rocket attack from Lebanon occurred on July 20 when terrorists fired two rockets toward northern Israel. One of the rockets was intercepted by the Iron Dome Defense System and the second rocket fell in an open area inside Israel. No injuries or damage were reported in the attack.

Before that, terrorists attacked Israel from Lebanon during Operation Guardian of the Walls in May.

These incidents are so far fairly minor in their scope, and therefore are assumed to be the work of a small terror organization and not Hezbollah.

However, military pundits estimate that Iran is behind the decision to carry out the attacks and that Israel is edging toward a dangerous situation in which it is facing periodic attacks in the north.