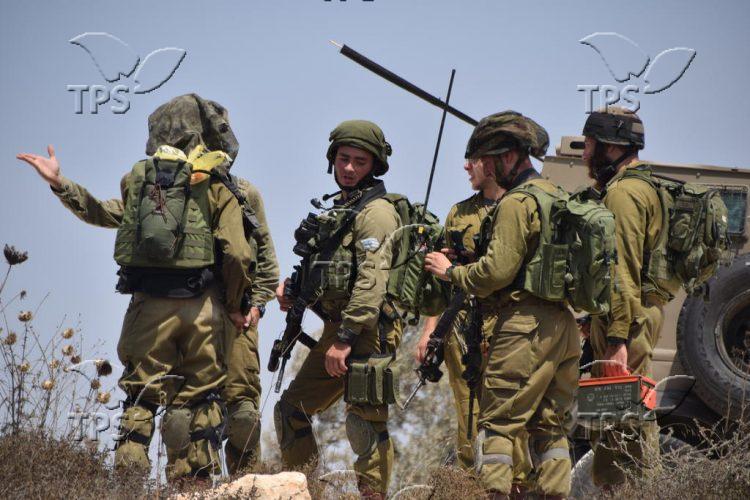 IDF Preparing for Escalation as PA Election Set to be Postponed

Jerusalem, 21 April, 2021 (TPS) -- Security officials in the Palestinian Authority (PA) estimate that the elections to the Legislative Council will be postponed, leading to an escalation in the region.

“We are awaiting Abu Mazen’s [PA head Mahmoud Abbas] announcement of the postponement of the election before the end of the month,” a source in the security services told TPS.

Fatah activists also estimate that Abbas will postpone the election, scheduled for May 22. Ahmad Majdalani, a senior PLO official, said Wednesday that the postponement of the election will be discussed by the PA leadership next week.

Meanwhile, senior PA officials declared that “there are no elections without polling stations in eastern Jerusalem” and tensions are rising between the factions in the Palestinian arena.

Abu Mazen’s statement that “we are determined to hold the elections in the West Bank and the Gaza Strip and in east Jerusalem on time” was received as a preparatory stage for the announcement of the postponement of the elections.

The chairman of the PA made this statement during a meeting of the PLO executive committee on Monday, adding that he was conducting a series of international contacts regarding the “Jerusalemites'” participation in the elections, but the PA estimates that Abu Mazen’s ultimatum to Europeans to act against Israel is a “defense” and an excuse for his expected decision to postpone the election.

Ahmad Majdalani, an associate of Abu Mazen, told the Turkish Anadolu agency that “it is not inconceivable that the election will be postponed if Israel refuses to hold it in Jerusalem,” noting that “efforts are focused on international pressure to motivate Israel” to agree to elections in Jerusalem.

Abbas’ adviser, Nabil Shaath, also said that “postponing the elections is a step that may very well happen due to Israel’s insistence on not meeting the demand to hold them in Jerusalem as well. If Israel continues in this way, the elections will be postponed.”

Nabil Abu Rudeineh, spokesman for Abbas, also added that “Israel does not want the elections or the renewal of Palestinian legitimacy, the US administration is hesitant and does not give answers but we are committed to the elections and Jerusalem is a red line.”

Saleh Aruri, number two in Hamas, stated similarly in an interview with Al-Aqsa TV that “The Palestinian parliamentary elections should take place in east Jerusalem and this should not depend on the approval of the “occupation” [Israel].”

However, Aruri warned against the decision to postpone the election for fear that it would deepen the divide in the Palestinian arena.

Commenting on the expected response from Hamas, a source in the organization told TPS that “if Abu Mazen postpones the election, he is expected to face a confrontation with Hamas, which is concerned about the statements by senior PA officials and understands that Abu Mazen may use the east Jerusalem issue to prevent it [Hamas] from a significant achievement.”

“The entire area will enter a tunnel of chaos if Abu Mazen postpones the election and it is clear to everyone that it is not Jerusalem that worries him [Abbas] but Hamas,” the Hamas man said.

A security source in Israel told TPS that “the compromise of postponing the election is very reasonable.” Against this background, the IDF is preparing for a possible escalation.

The Operations Division and the Central Command are not waiting for Abu Mazen’s statement and have already presented Chief of Staff Aviv Kochavi with measures and responses to possible escalation scenarios. In recent days, discussions have been held in the defense establishment, where security officials have shown clear signs of Abu Mazen’s intention to announce the postponement of the election.

Starting next week, when Abu Mazen’s announcement is expected, the level of readiness in the IDF’s Central Command will increase, and its plans for reacting to extreme scenarios have been approved by the Chief of Staff.

The main concern stems from a violent outburst on the Palestinian street and from demonstrations that can escalate into terrorist acts, but the IDF also does not rule out the possibility of rocket fire from the Gaza Strip, given Hamas’ understanding that “Abu Mazen is stealing their achievement.”

There is also a fear of an extreme move that will place the responsibility and blame for postponing the elections on Israel as the one that is preventing the elections in eastern Jerusalem and serving as an excuse for Abu Mazen.

A Fatah source told TPS that the inner-organization power struggles also increase the chances of postponing the election.

Another concern arises from the possibility of cooperation between the Fatah factions led by Marwan Barghouti and Muhammad Dahlan and Hamas, ahead of the takeover of the PA’s power centers. Information provided by security sources also suggests the possibility of covert cooperation between Yahya Senwar, the leader of Hamas in Gaza, and his prison cell friend, Muhammad Dahlan, who was ousted from Fatah by Abu Mazen and whose people have already returned to the Gaza Strip. Such cooperation could lead to a political takeover in the PA and the ouster of Abu Mazen.

It should be noted that about a month ago, the head of the Shin Bet security service Nadav Argaman warned Abbas of losing the elections following the split in Fatah, which disintegrated into three rival lists.

In Jordan and Egypt, too, there is concern about Hamas’ rise in Judea and Samaria and political achievements similar to those it won in 2006, which could lead to instability in the PA’s territories. In January, Egyptian and Jordanian intelligence chiefs visited Abu Mazen and warned him of such an outcome.