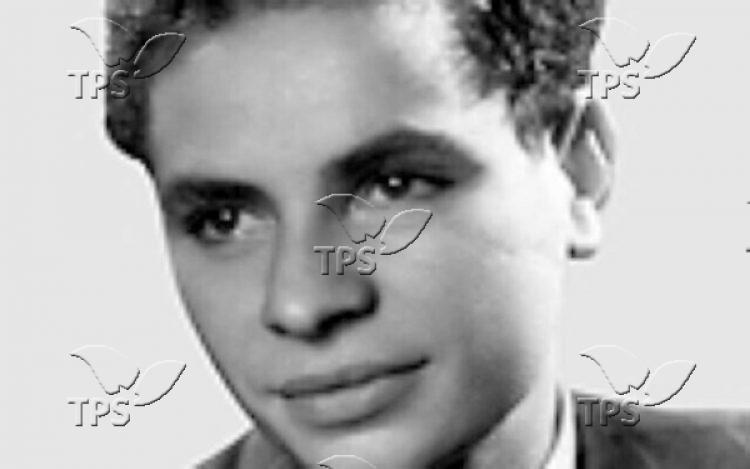 Jerusalem, 25 October, 2021 (TPS) -- The remains of IDF Private Martin Davidovich, a Holocaust survivor who served in the IDF, are to be brought back to Israel for burial from their current location in the Czech Republic 73 years after his death. A special delegation from Israel’s Ministry of Defense, Families, Commemoration and Heritage Division, and from the IDF Personnel Division went to Prague, the Czech capital, to collect his remains.

Private Martin Davidovich died there in 1948, at the age of 21, during a parachuting course of the Czech Brigade, and has since been buried in the new Jewish cemetery in Prague.

According to Israel’s Channel 12 News, Martin Davidovich was born in 1927 in the town of Częstochowa in what was then still the single nation of Czechoslovakia. During World War II, Martin was deported to Auschwitz and also spent time in the Mauthausen concentration camp where he worked as a tailor.

Davidovich lost his brother, David-Zvi (in Mauthausen), and sisters Rebecca and Miriam (in Auschwitz) were murdered in the Holocaust. When the war ended Davidovich returned to Czechoslovakia and joined a local Zionist Youth. He then volunteered for the “Czech Brigade” intended for military training in the field of immigration.

At the time, Czechoslovakia reverted to its democratic government from before the war. But in 1948, the communists took over the country and its relationship with Israel changed. After the Six Day War in 1967 it, along with all of the communist bloc nations, broke off diplomatic ties with Israel at the behest of the Soviet Union.

The “Czech Brigade” was established in July 1948 and included about 1,500 Jewish volunteers who trained in the Czech Republic before they immigrated to Israel and joined the IDF. In August 1948, Davidovich was shot to death during training by a Czech officer, who fired a weapon that the officer thought was not loaded at the time.

Since Private Davidovich fell in a paratroopers’ training exercise as part of an IDF course in Czechoslovakia and is explicitly mentioned by name in an official report by the “Parachute Instructors” to the IDF General Staff, he is considered to have been an IDF veteran; even though, he was never officially inducted into the IDF.

He was officially recognized as an IDF soldier in 2001.

Martin Davidovich’s remains were removed from the cemetery in Prague today, October 25, and transferred to a coffin that will be brought to Israel on Wednesday, October 27. In place of his current gravesite, a monument to his memory will be erected that was brought to Prague by the delegation from Israel.

The process began after the family of the deceased submitted a formal request for the repatriation of the remains to the Ministry of Defense and the IDF.

The delegation to Prague was led by the Deputy Director General and Head of the Families, Commemoration and Heritage Division at the Ministry of Defense, Mr. Aryeh Mualem. The military officer attached to the delegation is a former IDF attaché in Poland and the Czech Republic, Colonel Itai Brin. The delegation includes representatives of the Families, Commemoration and Heritage Department of the Ministry of Defense, representatives of the military rabbinate, and members of the Department of Casualties in the Personnel Division and the head of a burial society in Prague, Rabbi Chaim Kochi.

On Wednesday, October 27, an Israeli Air Force plane with fighters and commanders from the IDF Paratroopers Brigade will land at the International Airport in Prague. They will carry Private Martin Davidovich’s coffin back to Israel.

Before it departs, a military ceremony for the deceased will be held at the airport in the Czech Republic, led by the Chief Military Cantor, Lt. Col. (Res.) Shai Abramson.

The next day, Martin Davidovich will be laid to rest in the Mount Herzl Military Cemetery, in the presence of his family, who are coming to Israel from the United States. His funeral will take place at 4:00 p.m.