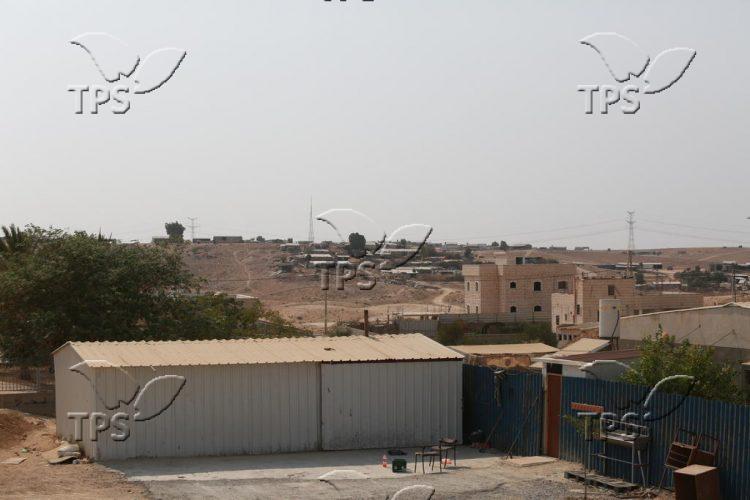 Jerusalem, 28 June, 2021 (TPS) -- Member of Knesset (MK) Simcha Rothman presented an urgent plenum query on Sunday regarding land in the Bedouin township of Segev Shalom in the south which was allegedly illegally seized by MK Saeed Alkharumi‘s family. Alkharumi is a member of the Islamist Raam party and of the coalition.

Alkharumi allegedly intervened with the Ministry of Economic Affairs during legal proceedings conducted by the state against his mother, brother and nephews

The illegal land grab blocked the establishment of a new neighborhood.​

The story first broke in an expose’ published over the weekend by investigative journalist Kalman Libeskind in Israel’s Maariv daily that detailed, among other things, how the Alkharumi family took over a large parcel of land slated for a new neighborhood in the all-Bedouin Negev township Segev Shalom.

Libeskind also exposed Alkharumi’s interference and obstruction in the case that eventually resulted in its dismissal and the family’s continued possession of the commandeered property.

“First and foremost, MK Alkharumi’s conduct harms the other residents of the town, as the planned neighborhood will not be built on the land seized by his family,“ wrote MK Rothman.

“The upper echelons of the Ministry of Economic Affairs, which is charged with acting in the best interests of all residents of the community, chose instead to protect the personal interests of a group of lawbreakers and at the same time to encourage others to seize property that does not belong to them by demonstrating that this behavior will not only be condoned, it may even receive official government approval,” he charged.

Regavim, an organization dedicated to monitoring and preserving state lands slammed the state of lawlessness in the Negev caused by the Bedouin tribes.

“For over 15 years, Regavim has been waging a campaign to end land-grabs by Bedouin clans that have blocked the development of the Negev,” Regavim’s Meir Deutsch reacted to these revelations. “For over 15 years, we have stressed that the primary victims of lawlessness in the Negev are the Bedouin citizens themselves. For years, we have urged the state to enforce the law as the first step toward a better future for all citizens of Israel, and as the only means of protecting Israel’s land resources in the Negev.”

However, “instead, lawlessness has now become the operational standard, and the Israeli government has become actively complicit in entrenching the law of the jungle in the Negev,” he said.

The Bedouin tribes living between the three cities of Beersheba, Dimona, and Arad in the south of Israel have been spreading out and invading into new areas throughout the Negev in recent years, Regavim has discovered.

Regavim movement revealed that the volume of illegal Bedouin construction northeast of the city of Arad has risen by about 1,200% in recent years.