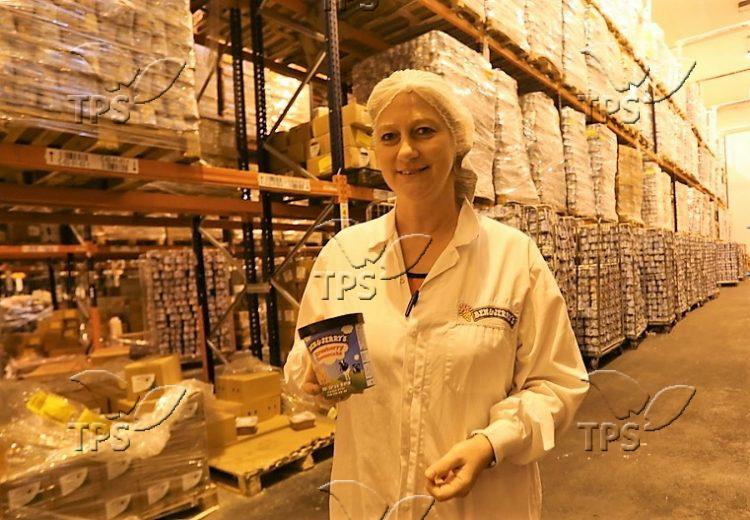 Ben & Jerry’s announced Monday that it was ending sales in Israel as “we believe it is inconsistent with our values for Ben & Jerry’s ice cream to be sold in the Occupied Palestinian Territory.”

“We have informed our licensee that we will not renew the license agreement when it expires at the end of next year,” the company said. Avi Zinger, the Israeli license owner, refused Ben and Jerry’s demand to end the Israeli company’s sale of its product in Judea and Samaria.

In response, Israel’s Ambassador to the US and the United Nations Gilad Erdan sent an urgent letter on Monday to 35 governors of states in the US that have laws against the boycott of Israel.

In his letter, Erdan asked the governors to take action against Ben & Jerry’s under the laws enacted in those states in recent years, noting that the decision is an anti-Israel decision that discriminates against Israeli citizens, but also harms the Arab population living in Judea and Samaria.

Erdan noted Israel’s success against a similar boycott launched by Airbnb in 2018 that ended quickly following joint pressure from Israel, American Jewry and the governors of US states.

“While Arab countries are lifting the boycott of Israel and signing peace agreements with Israel, and cooperation in our region is growing, it is inconceivable that American companies with radical agendas will go against US policy and work against normalization and peace,” he wrote.

“I believe that a quick and determined counter-action must be taken against all those who boycott us in order to deal with such discriminatory and unjust actions. We must stand united and send an unequivocal message that we will not tolerate such conduct by commercial companies,” he added.

Over 30 US states have laws that prohibit it from contracting with companies that boycott Israel or are connected to the Boycott, Divestment, and Sanctions (BDS) movement.

Similarly, Israel’s Foreign Minister Yair Lapid stated that Ben & Jerry’s decision “represents shameful surrender to anti-Semitism, to BDS and to all that is wrong with the anti-Israel and anti-Jewish discourse. We will not be silent.”

“Over 30 states in the United States have passed anti-BDS legislation in recent years. I plan on asking each of them to enforce these laws against Ben & Jerry’s. They will not treat the State of Israel like this without a response,” he warned.

The Foreign Ministry stated that the decision “is a poor and wrong decision” that “constitutes a surrender to ongoing and aggressive pressure from extreme anti-Israel groups. The company is voluntarily cooperating with economic terrorism, led by the BDS movement; an anti-Israeli movement with anti-Semitic undertones.”

“The decision is immoral and discriminatory, as it singles out Israel, harms both Israelis and Palestinians and encourages extremist groups who use bullying tactics. Not only does the decision not promote peace or a solution to the Israeli-Palestinian conflict, but it strengthens those who oppose reconciliation between the two nations and who call for the destruction of the State of Israel,” the Foreign Ministry stated.

Unilever, which owns Ben & Jerry’s “cannot hide the fact that it decided to allow B&J, a company it owns, to immorally boycott Israel. It is turning a blind eye to an injustice, when its statement relies on contractual clauses, rather than express an unequivocal moral stance against the BDS movement.”

“We are confident that this wrong decision will resonate among Israel’s many friends worldwide,” it added.

Prime Minister Naftali Bennett stated that “there are many ice cream brands, but only one Jewish state. Ben & Jerry’s has decided to brand itself as the anti-Israel ice cream. This decision is morally wrong and I believe that it will become clear that it is also commercially wrong.”

“The boycott against Israel – a democracy surrounded by islands of terrorism – reflects a total loss of way. The boycott does not work and will not work, and we will fight it with full force,” he said.

Israeli sentiments were properly summed up by Avi Benayahu, a former IDF spokesman, who declared he will no longer buy Ben & Jerry’s.

“On the way, they are also eliminating a factory in Kiryat Malachi” that produces the ice cream in Israel and may be forced to close, he pointed out.

“I hope that many Israelis will join and so will world Jewry. Go to hell,” he told Ben and Jerry’s on Twitter.