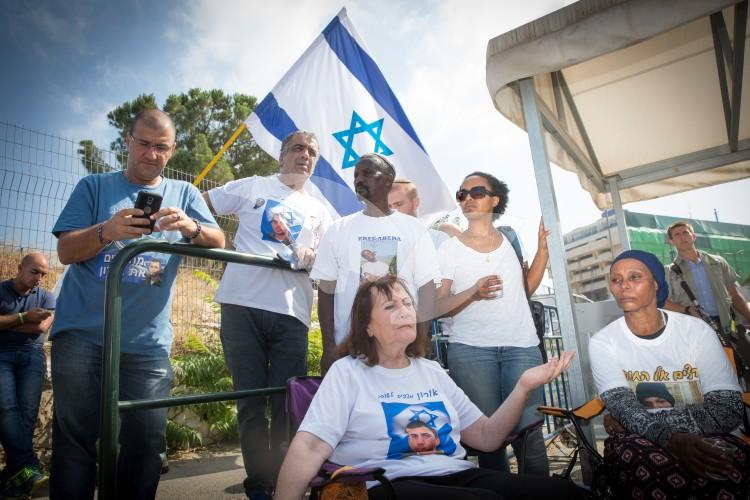 The deal, which was signed Tuesday, comes six years after Israeli forces intercepted a flotilla attempting to break the Gaza blockade, leaving 10 Turkish citizens dead and causing a rift in Israeli-Turkish relations.

Three conditions on the part of Israel are to be met: an official apology for the 2010 flotilla incident is to be issued, as well as $20 million in compensation for families of those killed. In addition, Turkey will be permitted to deliver aid to Gaza by way of the Israeli port of Ashdod.

The families of Oron Shaul and Hadar Goldin, soldiers killed during the 2014 Gaza War, whose bodies are currently being held by Hamas in Gaza, expressed disdain for the deal. The families demanded the return of the soldiers’ bodies before any aid can be provided to Hamas-ruled Gaza, a condition not included in the current deal.

The Shaul family protested outside Prime Minister Benjamin Netanyahu’s residence, demanding for the recall of the peace agreement. The Goldin family submitted a letter to the Prime Minister’s office.

Together with the Shaul family, relatives of Avera Mengistu, attended the protests. Mengistu, a Israeli man with a history of mental-illness, who is believed to be in Hamas custody after crossing into Gaza and undergoing interrogation by Hamas operatives on September 7, 2014. Mengistu’s whereabouts and condition are unclear, though Hamas officials claimed he was released following interrogation.

Mengistu’s brother, Ilan, denounced the reconciliation agreement, saying: “The government needs to listen to our cries and to understand that we’re speaking of a humanitarian issue here. Avera is my brother and a brother to all of us. We need to bring him home.”

“It is unacceptable that while government permits a humanitarian agreement with Gaza, the humanitarian rights of my brother are forgotten,” he added.

The Israeli cabinet decided to discuss imposing harsher conditions on Hamas prisoners currently held in Israeli jails as a means to pressure Hamas to release the Israelis held in Gaza.

United Nations Secretary General Ban Ki-moon met with the three families for a half hour in the prime minister’s office, informing the families that the UN will appoint special representatives to handle the matter of returning the bodies and the missing Israeli.

Seven of the ten ministers who voted in favor of the deal met with the families before entering the prime minister’s office in Jerusalem to vote on the agreement.

Several Knesset members who opposed the deal expressed worry over the condition of paying the families of presumed terrorists as well as Turkey’s interests in entering the agreement, citing Turkish President Recep Tayyip Erdogan’s anti-Israel rhetoric in recent years.

MK Naftali Bennett expressed caution over the deal, explaining that “reconciliation with Turkey is important at this time and to the interests of the State of Israel, however payment of compensation to the perpetrators of a terrorist act is a dangerous precedent that Israel will regret in the future.”

“As long as there is Turkish influence over Hamas, it is (the Turks) who should do all they can to ensure that Oron Shaul and Hadar Goldin, may their memories be a blessing, return to Israel,” Bennett said.

Netanyahu adamantly defended the deal at a press conference in Rome on Monday announcing the agreement.

“We are not entering a honeymoon. I’m not trying to beautify this agreement or look at it through rose-colored glasses,” he said. “What I am saying is that our vital interests are promoted by this agreement, that on balance it leans towards our interests.”

The deal comes at a tenuous time with the deadly terror attack at the Istanbul airport on Tuesday night, which claimed the lives of at least 41 and left many more wounded.

“The attack at the Istanbul airport is another proof that no one is immune to terror. Israel has been struggling with this kind of terror for years,” wrote MK Ksenia Svetlova on her Facebook page on Tuesday night. “The world is just beginning to prepare itself for this battle that threatens our way of life, our freedom and liberty. We need broad intelligence cooperation, and to reject Islamic extremism and recognize the danger of religious extremism.”