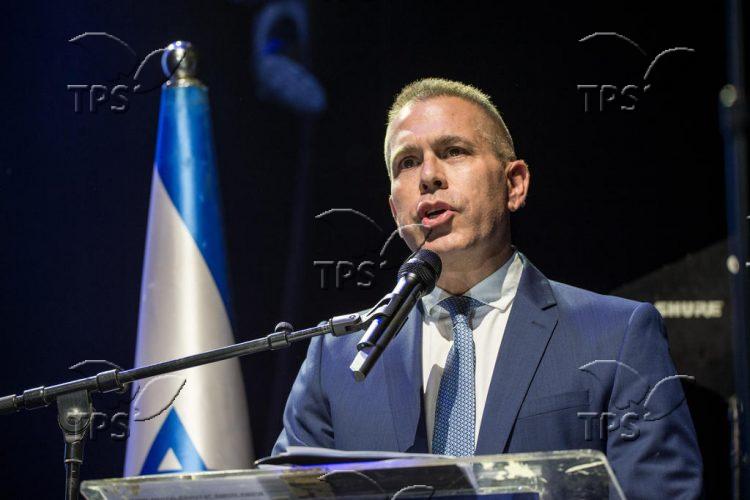 Israeli Envoy to Security Council: We Will Defend our Citizens Against Iran ‘by Any Means Necessary’

Jerusalem, 3 March, 2021 (TPS) -- Israel’s Ambassador to the United States and the United Nations Gilad Erdan filed an official letter of complaint with the UN Security Council and Secretary-General Antonio Guterres on Tuesday blaming the Iranian regime for the attack on an Israeli-owned cargo vessel in the Gulf of Oman last week.

The Helios Ray, sailing between Oman and Iran and carrying a cargo of cars on its way from Saudi Arabia to Singapore, was hit on Thursday night by an unidentified explosion that bore two holes in the ship. No one was injured in the apparent attack.

The ship was sailing under the flag of the Bahamas and is part of the British Ray Car Carriers, owned by Israeli Rami Unger.

In the letter, Erdan emphasized that Israel has the right to defend its citizens “by any means necessary.”

“Israel has repeatedly warned of Iran’s unceasing malign activities and has highlighted these violations in numerous calls to the international community and letters to the United Nations Security Council, providing concrete, verified and documented evidence of the Iranian regime’s reckless and illicit behavior in the Middle East and beyond Erdan noted.

He demanded UNSC members condemn Iran’s actions and warned that “the State of Israel will take all necessary measures to protect its citizens and its sovereignty.”

Prime Minister Benjamin Netanyahu told Israeli broadcaster Kan 11 on Monday that “it was indeed an act by Iran, that’s clear.”

“Iran is the greatest enemy of Israel, I am determined to halt it. We are hitting it in the entire region,” he said.

Minister of Defense Benny Gantz told Kan 11 on Saturday that “the location of the ship near Iran leads to the assessment that the Iranians are behind the operation. This is my estimate and we will continue to investigate it.”

Iranian Foreign Ministry Spokesman Saeed Khatibzadeh denied the allegations and told reporters in a press conference in Tehran on Monday that “the Persian Gulf and the Sea of Oman are our immediate area of security and we will not allow them [Israel] to intimidate others by these statements.”

“These allegations are being made by the Quds occupying regime [Israel], and we not only strongly reject them, but we have also been monitoring all the actions made by the regime in security zone of Iran in the past few months, and we will give a response where it happens,” he added.