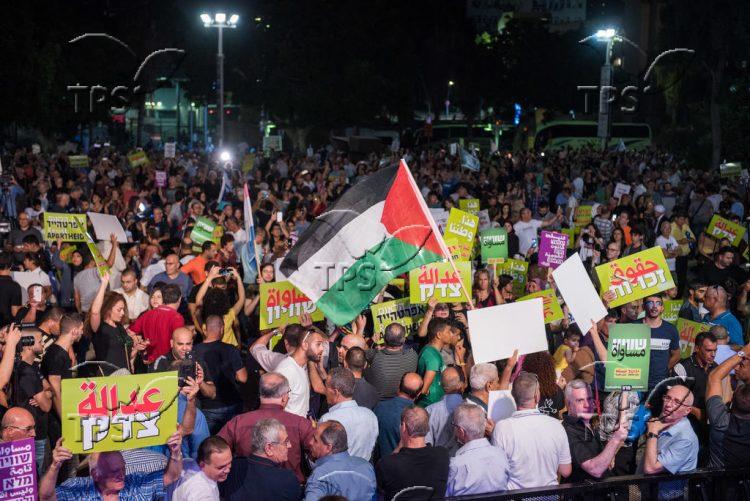 Jerusalem, 7 February, 2021 (TPS) -- The B’Tselem rights organization received funds from foreign governments to engage the International Criminal Court (ICC) in The Hague in a probe against what they define as Israel’s “occupation” in Judea and Samaria, Member of Knesset (MK) Ariel Kallner charged.

Kallner, head of the Knesset’s Lobby for the Fight Against Delegitimization and Anti-Semitism, revealed Saturday that B’Tselem received 290,000 euros from foreign governments to prove that the Israeli legal system is enlisted to support Israel’s “occupation policy,” pushing the ICC to intervene.

He published the data following the ICC’s ruling on Friday that its jurisdiction extends to territories liberated by Israel in the 1967 Six-Day War, possibly clearing the way for its chief prosecutor to open war crimes probes into Israel’s military actions and its presence in Judea and Samaria.

“Palestine” is a State party to the ICC Rome Statute and therefore the ICC’s jurisdiction extends to the areas under its control, the Pre-Trial Chamber I ruled by a majority.

The ICC’s ruling is “a direct result of the subversive activity of delegitimization and legal warfare organizations operating with foreign funding in Israel,” he charged

“The activity of these subversive organizations is destructive,” he stated, noting that he submitted in the previous Knesset a bill for heavy taxation of foreign-state funding, which was shot down, and which he hopes to introduce again in the next Knesset.

“The time has come to put an end to this despicable and subversive phenomenon,” he declared.

Based on financial information submitted to the Israeli Registrar of Non-Profits, in accordance with the Israeli NGO Transparency Law, B’Tselem received NIS 46,258,659 (approx. $14,027,000) from foreign governmental bodies in 2012-2020.

In 2019, B’Tselem and Breaking the Silence received €299,988 from the European Union for “strategic and objective information and analysis on settler violence to key stakeholders in order to act to increase respect for human rights and International humanitarian law.”

Anne Herzberg, Legal Advisor for NGO Monitor, an organization that tracks anti-Israel NGOs, noted that the ICC’s decision “is hardly surprising. The ICC Prosecutor has been gunning for Israel for several years and has been working closely with European-funded terror-linked NGOs to craft bogus indictments against Israeli officials.”

“The fact that Palestine is not a state, that the Oslo Accords expressly prevent the Court from asserting jurisdiction, and that the Prosecutor made up a fake rule to go after the Jewish state, were ignored. And the judges have repeatedly flouted the ICC’s own procedures to try and manufacture a case against Israel,” she stated.

NGO Monitor, together with three other groups, jointly filed an amicus brief with the ICC that lays out the legal and factual flaws behind the argument that the ICC has jurisdiction.

Herzberg added that “in other words, anti-Israel animus and political machinations are more important to the Court than preserving its credibility. European donors of the terror-tied NGOs and the Court share responsibility for this legal travesty.”