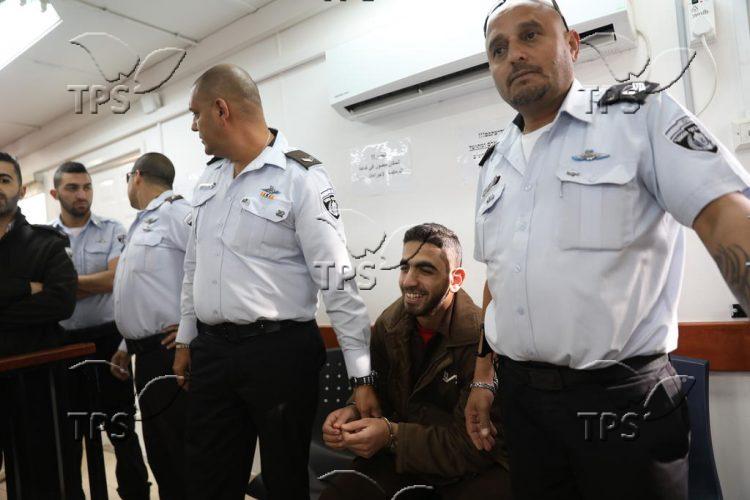 Jerusalem, 9 August, 2021 (TPS) -- At the insistence of the Israel Prison Service (IPS), Israel’s Postal Bank acts in violation of the country’s Counter-Terrorism Law by transferring money from the Palestinian Authority (PA) to imprisoned terrorists, Ynet news reported on Monday.

According to information uncovered by the pro-Israel organizations Lavi and Im Tirtzu via the Freedom of Information Law, a special clause in the contract between the IPS and Postal Bank stipulates that the IPS will compensate the Postal Bank should the latter be sued for violating the Counter-Terrorism Law.

“The IPS will bear the consequences of any verdict against the company (Postal Bank) due to a lawsuit alleging a violation of the Counter-Terrorism Law due to the obligations of the company toward the IPS,” states section 8a of the contract that was signed in 2007 and renews automatically every year.

Section 31 of the Counter-Terrorism Law stipulates that an entity that finances terrorism is liable to 10 years imprisonment or a heavy fine.

According to the response provided following Lavi and Im Tirtzu’s request for information, the IPS admitted that the PA transfers approximately NIS 400 per terrorist every month via the Postal Bank.

The organizations further revealed that from 2017 to 2019, the Postal Bank transferred some NIS 100 million from the PA to terrorists for use at the prison canteens.

“It is unbelievable that the IPS allows itself to ignore the Counter-Terrorism Law to maintain an ‘industrial silence’ in the prisons,” said Lt. Col. (res.) Maurice Hirsch, Head of Legal Strategies for Palestinian Media Watch and former Chief IDF Prosecutor for Judea and Samaria.

Itamar Marcus, director of the Palestinian Media Watch, told TOS that “it is very frustrating, as I go around among governments around the world and urge them to stop supporting the PA’s terrorist financing, and the governments answer me: ‘What do you want from us – the Israeli government also allows funding for Palestinian terrorists.'”

“The PA today fulfills all the conditions for Israel and the world to recognize it as a terrorist-supporting authority. The PA promotes terrorism, glorifies every Palestinian terrorist, and financially rewards imprisoned terrorists and families of killed terrorists,” he pointed out.

However, “instead of Israel leading the world in drying up terrorist financing to eradicate Palestinian terrorism, it encourages the world to continue to fund the PA without any conditions. The donor countries are collaborators in the PA’s terror machine, but unfortunately, this is being done with Israel’s approval,” he charged

Chairman of the Lavi organization Avichay Buaron said that the partnership between the IPS and Postal Bank in transferring PA funds to terrorists is “a blatant violation” of the Counter-Terrorism Law.

The IPS stated in response that “the Postal Bank is the operational arm of the government and works in connection with it, and the 2007 contract was done after full examination and supervision by the State Attorney’s Office.”

“The transfer of funds to security prisoners via canteen accounts at the Postal Bank is done in accordance with the law, as the funds of the PA are not transferred directly to the prisoners. As of this moment, we are unaware of any verdict or decision against the Postal Bank or its employees for violating the Counter-Terrorism Law, and never, as far as we know, was a complaint made about this to the IPS,” it claimed.

The Justice Ministry responded that “following an in-depth discussion by then-Deputy State Prosecutor for Special Functions Shai Nitzan, a system was set in place under which the accounts of all of the security prisoners would be under the name of the Prisons Service, which would manage them as a trustee or power of attorney for each and every prisoner. As a result of this, an agreement was signed with the Israel Postal Company after it was examined and investigated at the time by the relevant sources and approved from a legal perspective. This system is in accordance with the law, and there is ongoing supervision of how it is implemented. The Prison Service can at any time send the Postal Bank a list of people who are prevented from depositing money in accounts, following which the Postal Bank is prohibited from receiving deposits from them.”

Member of Knesset Itamar Ben Gvir accused the state of “intentionally committing suicide. This is a scandal and legal action must be taken against the officers and attorneys who made the decisions that made it possible.”

Ben Gvir dispatched an urgent letter to the State Attorney, the Minister of the Interior, and the Minister of Justice, and demanded “an immediate cessation of the illegal transfer of funds to terrorists and answers on how terrorists are rewarded for terrorism, instead of aggravating their punishment and making their conditions in prison more difficult.”