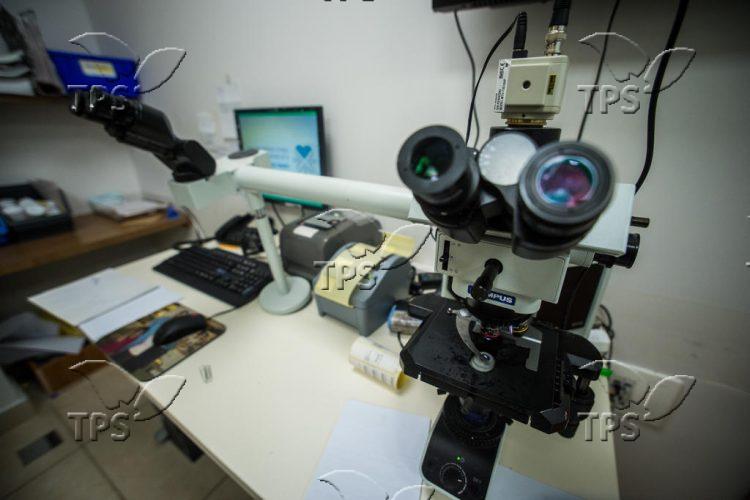 The research was led by Orit Malka, a Ph.D. student in the laboratory of Prof. Raz Jelinek, the Vice President and Dean for Research & Development at BGU.

A startup company has recently been established for the further development and commercialization of the technology by BGN Technologies, the technology transfer company of BGU.

Kefir, a type of yogurt originally from the mountainous region that divides Asia and Europe, is a fermented probiotic dairy drink made by inoculating milk with microorganism mixtures, particularly yeast and bacteria.

Malka and Jelinek succeeded in isolating molecules secreted by a predominant yeast in the kefir and showed that the molecules have significant potential to combat pathogenic bacteria.

In particular, the BGU researchers demonstrated that the kefir-secreted molecules were able to significantly reduce the virulence of Vibrio cholerae – the causative agent of cholera.

The anti-bacterial effect was based on disrupting communication among the bacterial cells and interfering in the assembly of bacterial aggregates called biofilms, which play significant roles in V. cholerae virulence and disease progression. Importantly, achieving anti-bacterial activity through blocking cell communication is a promising strategy against antibiotic-resistant bacteria.

In a follow-up study, the scientists observed that the isolated molecules had dramatic anti-inflammatory properties in various pathological conditions and disease models. For example, experimental results revealed that the molecules effectively healed mice inflicted with a lethal “cytokine storm” – the extreme immune response which is one of the main causes of death in COVID-19 patients. The molecules not only eliminated the cytokine storm, but also restore balance to the immune system, an extraordinary feat pointing to significant therapeutic potential.

“These results are notable since this is the first demonstration that virulence of human pathogenic bacteria can be mitigated by molecules secreted in probiotic milk products, such as yogurt or kefir,” said Prof. Jelinek. “In fact, our research illuminates for the first time a mechanism by which milk fermented probiotics can protect against pathogenic infections and aid the immune system. Following promising results in animal models, we look forward to administering these drug candidates to humans, for example to patients who are experiencing a cytokine storm due to COVID-19 infection, or people suffering from acute inflammatory bowel pathologies, such as Crohn’s disease.”

“In a reality where antibiotic-resistant bacteria are becoming an imminent threat, the novel molecules discovered by BGU scientists pave a completely new path for fighting bacterial infections by disrupting cell-cell communications in pathogenic bacteria. Moreover, the dramatic anti-inflammatory activities of the molecules may open new avenues for therapeutics and scientifically proven probiotic food products,” said Josh Peleg, CEO of BGN Technologies. “Years of breakthrough research have now reached a validation point that led to the establishment of a biopharma company for the further development and clinical evaluation of this exciting new technology that can potentially revolutionize the treatment of bacterial infections as well as inflammatory conditions.”