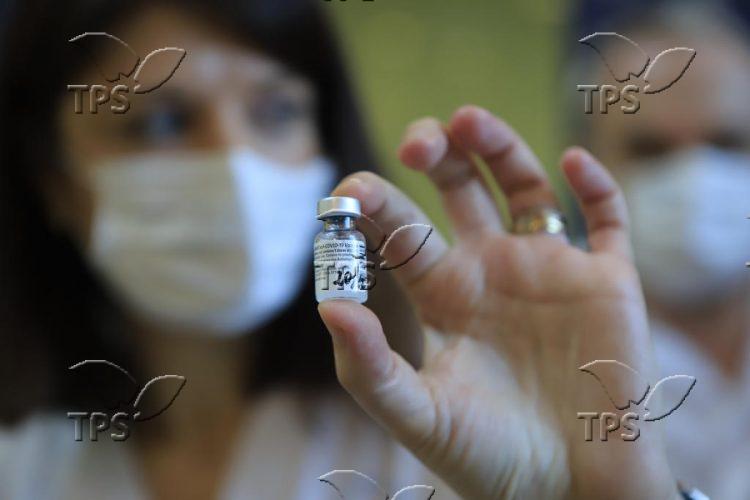 Jerusalem, 14 February, 2021 (TPS) -- Clinical trial data on the Pfizer-developed Coronavirus (COVID-19) vaccine is encouraging while real-world evidence on the vaccines is limited, including the response to the vaccine among those previously infected with SARS-CoV-2.

Researchers from Bar-Ilan University and Ziv Medical Center have presented preliminary evidence that people previously infected with the virus responded positively and strongly to one dose of the Pfizer vaccine, regardless of when they were infected and whether or not they had detectable antibodies against COVID-19 prior to receiving the vaccine.

The study was conducted on a group of 514 staff members at Ziv Medical Center. Seventeen of them were infected with COVID-19 anytime between one and 10 months before receiving the first dose of the vaccine. Antibody levels of the group were measured prior to vaccination and after to determine the response to the vaccine.

The response among those previously infected was so effective that it opens the debate as to whether one dose of the vaccine may suffice.

“This finding can help countries make informed decisions regarding vaccine policy – for instance, whether those previously infected should be vaccinated in priority and, if so, with how many doses,” says Prof. Michael Edelstein, of the Azrieli Faculty of Medicine of Bar-Ilan University, who led the study.

“It also offers reassurance that not having detectable antibodies after being infected does not necessarily mean that protection following infection is lost,” he underscored.

The research also provided evidence that immune response was similar across multi-ethnic groups. Ziv Medical Center, where the study was conducted, is staffed by a workforce comprised of Jews, Arabs and Druze. Members of each of these groups responded very similarly to the first dose of the vaccine, a positive finding considering that the virus itself is known to affect some groups more than others.

The strong response to one dose of the vaccine among those previously infected regardless of the duration between infection and vaccination is also good news.

However, the researchers emphasized that their findings should be confirmed in a larger cohort before reaching definitive conclusions.

The researchers are continuing to follow healthcare workers after their second dose to better understand how long the vaccine will protect against COVID-19 in different groups of people.