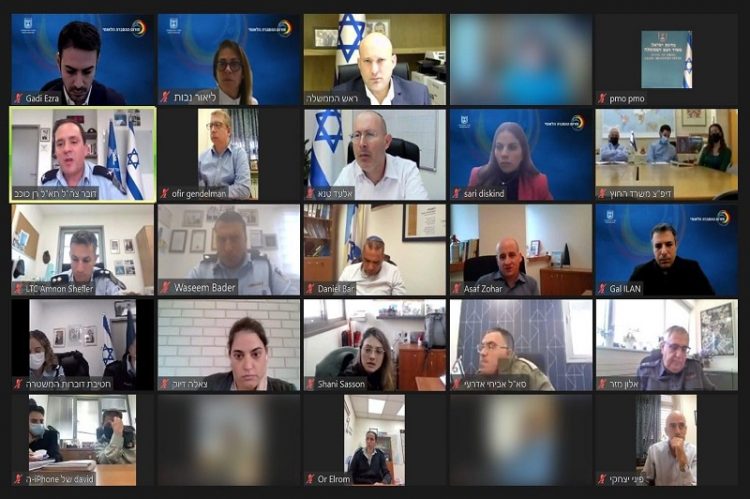 Jerusalem, 28 December, 2021 (TPS) -- For the first time in years, on Tuesday the National Information System in the Prime Minister’s Office convened the National Information Forum (NIF). The meeting was held via teleconference due to the Omicron Covid wave. Also, Prime Minister Bennett himself is currently under quarantine after one of his children was exposed to the Coronavirus.

The meeting came just 3 months after the position of head of the National Information System was filled for the first time in 6 years. Elad Tena was named to the position in September. The office itself is undergoing a reformation.

The information system – known as Hasbara in Hebrew from the word for “explanation” – is responsible for working with the media in Israel and around the world, as well as with pro-Israel organizations around the world. It also operates websites and the social networking system of the Prime Minister’s Office. It is not a political arm of the Prime Minister’s Office. It only deals with defending Israel.

The department itself was necessitated by the fact that Israel receives generally poor coverage by the international media. It is also needed to counter well-funded international public relations campaigns conducted over the years by Israel’s enemies.

The NIF includes all the people who lead the information efforts in the State of Israel, including the IDF Spokesman’s Brigade, the Police Spokeswomen’s Brigade, the Ministries of Foreign Affairs and Defense, and other bodies.

The Forum coordinates and synchronizes the work of all relevant information bodies in order to lead a uniform, accurate and clear message on significant issues and events of national magnitude, in front of the various target audiences to which the State of Israel addresses.

Bennett said that he welcomed the convening of what he called an important forum, the National Information Forum, in which “all bodies hold a dialogue, refine messages and coordinate the information front of the State of Israel. Routinely, and even more so in times of emergency.”

The Prime Minister explained that this coordination was apparent during Operation Guardians of the Wall. And he said that historically, in almost every military campaign conducted by the State of Israel, there were international pressures that greatly restricted the freedom of action on the part of Israel’s leadership.

“The key principles for me are – visual, reliability and an accurate message,” he added. “The phrase ‘a picture is worth a thousand words’ has also been research-proven. The impression that a 10-second video leaves on you can be lifelong, indescribably more than words. The second thing is reliability – we just must not take out the wrong things. If we do not know something, we will check and take out the full information we have at that stage. The other thing is that the message should always be accurate and clear, as simple and uncomplicated as possible.”

Elad Tena said, “For the first time in years, all the bodies come together to talk about our concept of information, to coordinate, and to plan. This is the opening shot for a significant reorganization process that the lineup is undergoing, with the aim of marching Israel’s information forward.”