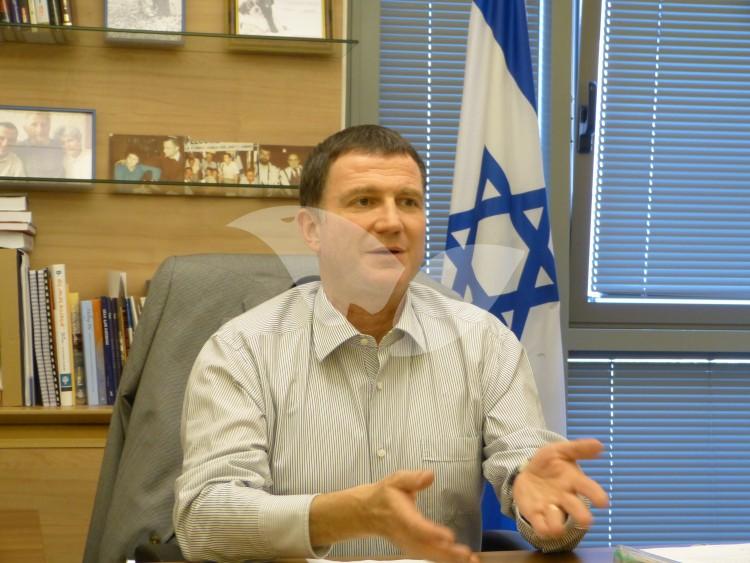 Jerusalem, 2 December, 2015 (TPS) -- On Wednesday evening, Knesset Speaker Yuli Edelstein addressed hundreds of German lawmakers who convened for a special session of the German Parliament’s Foreign Affairs Committee and Defense Committee. The speech was given at Germany’s Bundestag Parliamentary building and marked 50 years since the establishment of official diplomatic relations between Israel and Germany.

For Speaker Edelstein, his first visit to the country marks a personal establishment of relations with Germany. “I feel as though only today I am reestablishing my relations with your people and your country,” Edelstein said.

Before his official visit, Edelstein had specifically avoided traveling to Germany. “I was convinced that I would never visit Germany in light of the heavy significance of its history to me and my people in the new era,” Edelstein explained.

“As the son of Holocaust survivors, I decided that I would not come unless my position would require me to do so,” Edelstein continued. “In the meantime I was elected for a second term as Speaker of the Knesset, and I feel that this is an opportunity to change that decision.”

During his speech, Edelstein made certain to reference noteworthy German policy positions that are beneficial to Israel.

“The European Commission has recently decided to label goods (in Judea and Samaria), and I wish to thank you for your opposition to this outrageous measure,” Edelstein said.

The Bundestag President Norbert Lammert expressed such opposition during a press conference earlier in the day and referred to the European Commission’s decision as “unnecessary and unwise.” Lammert added that “Germany not only didn’t agree to the decision, but it rejected it.”

Edelstein affirmed the uniqueness of the close relationship between Israel and Germany, which apparently has influenced Germany’s decision to oppose such policy decisions as well as boycotts against Israel.

”Today, Germany is a close ally of Israel,” Edelstein noted. “The fact that you are standing by us is remarkable, particularly because you remain firm in your position even when it is the position of the minority, such as on the issue of the boycott against Israel.”

A deep mistrust and disliking of Germany was very prevalent throughout Israel before diplomatic relations were finally established between Israel and Germany in 1965. Today, Germany is Israel’s largest trading partner in Europe and one of its most important trading partners in the global community. Germany continues to fulfill the Reparations Agreement signed with Israel in 1952, obligating Germany to compensate Holocaust survivors for slave labor and seized property.

In related news, 200 young German leaders are visiting Israel for the first time as part of an initiative by the Israeli Embassy in Berlin to mark the 50th anniversary of diplomatic relations between the two countries. Yesterday, President Reuven Rivlin welcomed the 200 German visitors at his residence.