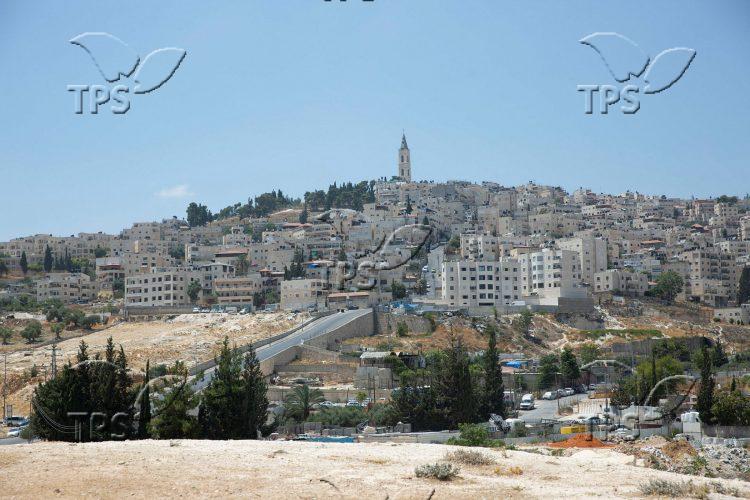 Jerusalem, 12 April, 2021 (TPS) -- The purchase of three properties by Jewish associations from residents of the Silwan neighborhood in eastern Jerusalem last Thursday ignited a wave of rumors about the involvement of the United Arab Emirates, as the one behind the financing of the transactions through the people of Muhammad Dahlan, a senior Fatah leader living in Abu Dhabi.

With the completion of the new land deal in Silwan, the large families in the village are announcing the “Honorary Charter” designed to boycott the land sellers and evict them. The Convention, signed by the heads of families and clans in Silwan and supported by the Supreme Muslim Council, calls on the entire Arab and Muslim public in eastern Jerusalem to boycott the land sellers and their relatives. The convention calls for not attending social and family events of the land traders and prohibits marriage with their families. The Convention prohibits any social contact with land traders and their families, including attending weddings or funerals, burial arrangements, including the washing of the body, and prohibits their burial in Muslim cemeteries.

The families call for severing all friendships with the land sellers, banning all trade ties and stipulating that the property traders will be considered as having taken themselves out of the Islamic religion.

Against the backdrop of growing criticism of the Palestinian Authority’s helplessness, which has pledged to prevent land deals in eastern Jerusalem, families in eastern Jerusalem are now calling on the PA to prosecute land sellers even in their absence and “beat them with an iron fist” as well as those who help them.

The boycott treaty is a continuation of a Muslim ruling issued in 1935 by clerics in eastern Jerusalem that banned all land trade and the sale of homes to Jews. Two years ago, following the purchase of properties by Jews, Sheikh Akrama Sabri, head of the Supreme Muslim Council, renewed the ruling. Now, following the events in Silwan, he is in favor of the boycott treaty and supports the heads of the families, who say that “the boycott is the order of the day and will also apply to those who assisted in the land smuggling operation.”

Sabri told Arab media that “the sellers of the land are considered traitors to the religion of Islam and the Palestinian homeland and therefore should not be prayed for after their deaths.” He said that “perverted lawyers in the east of the city are responsible for the land robbery” and promises to come to terms with them.

Sheikh Sabri, an important Muslim cleric in Jerusalem, added that “the Arab world has not stood by Jerusalem in recent years” and pointed the finger mainly at moderate Arab countries but promises in an interview with the Turkish media that “despite everything, all transactions are null and void and the property will be returned into its Muslim owners in the future.”

In the east of the city, Arab countries are called upon to protect Jerusalem and not to be dragged along by the “normalization of relations with Israel.”

The Silwan home sale affair is now also being used to close settle accounts within the Palestinian Authority and Fatah and has led to an exchange of accusations between associates of the Palestinian leadership and the Islamic Movement and the United Arab Emirates.

Sources in the east of the city and in the PA, as well as the Arab media, claim that the United Arab Emirates is behind the purchase of the land in the east of the city, through its support for the Economic Development Council, headed by Dr. Sari Nusseibeh, a member of one of the most important families in the city and second place on the list of “Al-Mastakbal” led by Muhammad Dahlan, Abu Mazen’s opponent whose list is running in the Palestinian Legislative Council elections.

In the background of the harsh accusations against Nusseibeh is the fact that a few years ago the Emirates granted a sum of $12 million for the benefit of the activities of the Economic Development Council in eastern Jerusalem. Sources affiliated with the Palestinian Authority and with Hamas state that Dahlan’s men are mercenaries and traitors who are taking advantage of the economic crisis in eastern Jerusalem to purchase assets with emirate money.

Fatah officials reported to TPS that an investigation has revealed that the men of Majed Faraj, the PA intelligence chief, a trustee of Abu Mazen, who was personally entrusted with the “Dahlan file,” fabricated messages on social media and media reports about their alleged involvement of Dahlan and Nusseibeh in the sale of the land.

Dmitry Daliani, a spokesman for the reformist list affiliated with Dahlan, told TPS that “this is a hysterical reaction from Abu Mazen’s loyalists to our decision to run in the election, and our rising power on the street is the cause of heavy apprehension from Dahlan’s list.” Daliani said that “behind the false campaign against Dahlan are Abu Mazen’s men and alongside them this time are also major media outlets such as Qatari Al Jazeera and newspapers from Turkey, as these countries try to tarnish the image of the Emirates by exploiting the Jerusalem issue and act as leaders in defending the city and the Holy Places.”

Fatah officials estimated in a conversation with TPS that Abu Mazen will use the tensions in eastern Jerusalem to prepare the ground for a possible statement regarding the postponement of the election under Israel’s expected refusal to allow the placing of ballot boxes.

“Abu Mazen is now interested in escalation in East Jerusalem as this will play into his hands and allow him to escape the election trap he entered with open eyes and there is no better means of doing so than an escalation in eastern Jerusalem,” Fatah officials say.