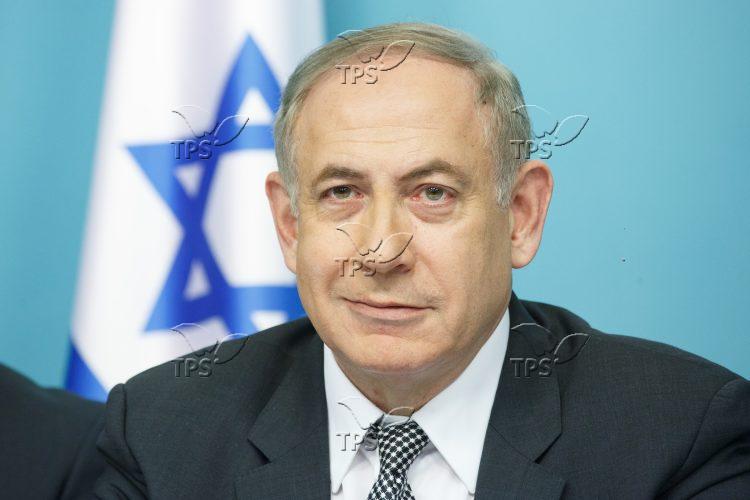 Netanyahu On Syria Strike: We Will Harm Those Who Try To Harm Us

Jerusalem, 16 October, 2017 (TPS) -- Israel’s policy is clear, it will respond to any attempt to undermine its security, Prime Minister Bimyamin Netanyahu said Monday evening following a strike on a Syrian air defense battery earlier in the day.

“Our policy is clear: We will harm those who try to harm us,” Netanyahu said. “Today they [Syria] tried to hit our planes – we will not accept that. The Air Force acted quickly and accurately and destroyed what needed to be destroyed. We will continue to operate as necessary in order to protect Israel’s security.”

Israeli Air Force jets attacked an SA5 surface-to-air missile battery east of Damascus Monday morning.  According to the IDF Spokesman’s Unit, the attack was a response to anti-aircraft fire aimed at IAF planes on a routine photographic mission flight over Lebanon.

The IDF said the targeted battery had fired missiles in the past at Israeli planes carrying out flight missions in the area. In March, three missiles were fired at IAF jets resulting in Israel firing its Arrow defense system to intercept a missile headed toward the Jordan Valley.

The IDF updated Russian forces operating in Syria about the attack  as part of the deconfliction mechanism between the two countries put in place after Russia intervened in the Syrian civil war in 2015.

The attack took place several hours before Russian Defense Minister Sergey Shoygu arrived in Israel for talks with Defense Minister Avigdor Lieberman and Chief of Staff Gadi Eizenkot, who will continue to update him on the incident.

“All Israeli Air Force planes returned safely from the incursion,” IDF Spokesman Ronen Manlis told reporters. “The Syrian regime is responsible for every shooting carried out from its territory, and we see this incident as a clear Syrian provocation, and we will not allow it.

“For every routine activity, we will react as we did now,” said Manlis, adding that the attack was carried out by dropping four bombs on the battery, which was incapacitated.

The  Syrian Army confirmed the strike, claiming that its missiles had hit and damaged an Israeli jet. In a statement, the Syrian Army general command warned of the “dangerous repercussions of the repetitive aggressive attempts from Israel.”