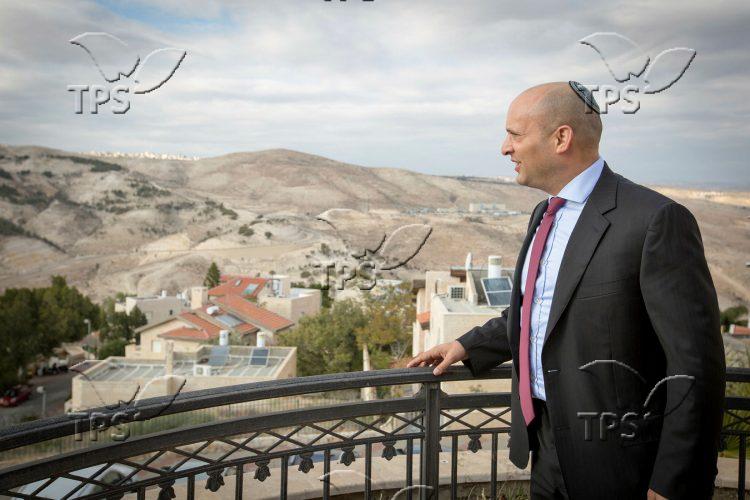 Jerusalem, 23 August, 2021 (TPS) -- Last night Naftali Bennet phoned the family of Barel Hadaria Shmueli. He is the Israeli border policeman who was seriously wounded over the weekend when people tried to storm the border fence between Israel and Gaza. One of the people fired a handgun through an opening in a protected wall which is intended for observation onto the other side. This is when Shmueli was wounded.

Unfortunately, Naftali Bennet confused the soldier’s name with that of his father.

The prime minister asked the father about his son, calling the son Yossi. But this is the name of the father, Yossi Hadaria.

The Hadaria family released a recording of Mr. Hadaria’s conversation with the Prime Minister to the Israeli media today.

After Mr. Bennett’s mistake, an angry Yossi Hadari told Bennett, “Why do you continue with these failures? Why? Why? If they get hurt in your direction, how will you feel? They approach the fence, where do you live? In what world? Where are you? Really.”

Prime Minister Bennet had no response.

“Yes shoot, no shoot, shoot like that, get an order from the Border Patrol,” a visibly upset Yossi Hadari said to Bennett. He was referring to all of the standing regulations that members of the IDF and Israel Border Police must obey when they find themselves under a threat.

“You do not know how to make decisions? Are you scared? Wake up. Who are you afraid of?” he asked. Mr. Hadari went on to call the Prime Minister a coward, saying, “you and your whole government are cowards, do something. Throw them out of the field for miles not to advance, what is it? Where do you live? Do you have no children? I have one child. What do you have to answer to Mr. Prime Minister.”

The Prime Minister’s Office released a statement about the call, in which Naftali Bennett apologized for his mistake.

“Switching Barel’s and his father’s names was done in all innocence, and I would like to apologize for this from the depth of my heart,” read the statement. “There are no words to describe the pain and the difficulty that the family is going through at this time.”

“Again, I would like to stand by the family in this difficult hour and regret that it has been hurt. The entire people of Israel are praying for Barel’s recovery,” added the Prime Minister.