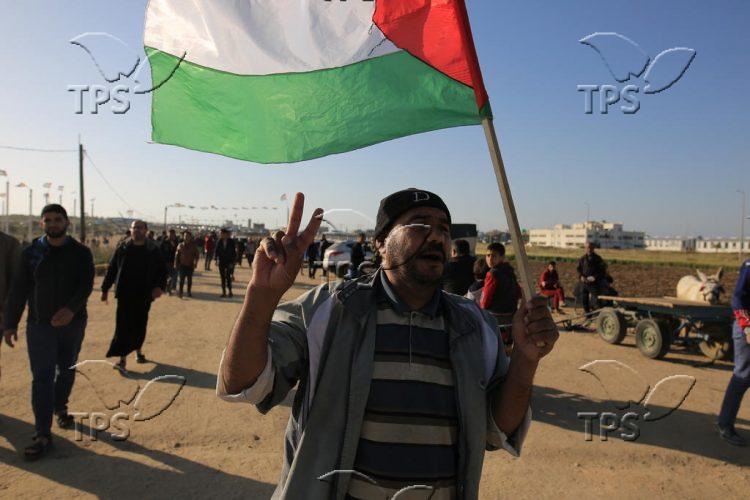 PA Agrees in Principle to Reform Salaries for Terrorists

Jerusalem, 11 August, 2021 (TPS) -- Arab media outlets report that a secret agreement was signed between Israel, the Palestinian Authority and the US, following the visit of the State Department representative Hady Amr in the region last July.

The media claims that the agreement includes clauses regarding the supervision of the incitement in media and the curriculum in the Palestinian Authority, the renewal of the Committee for the Prevention of Incitement, American supervision of the PA’s Ministry of Finance, and a reform proposed by Israel and the US on the PA’s conduct of payments to terrorists and their families.

Sources in the PA did not confirm the existence of this agreement, but senior sources indicate that even before Joe Biden entered the White House, messages were conveyed from the US on all issues currently appearing in the agreement in question.

Sources say that the PA agreed to express agreement in principle to comply with the various clauses, including an agreement to reform the issue of the payment of wages to prisoners.

A source in Ramallah has learned that a year ago, the PA formulated a reform that has not yet been implemented, and this may be the reason for the reports in the Arab media.

In recent months, the Authority has made a change in the manner it transfers payments to released prisoners, and data received by TPS shows that out of the 7,400 released prisoners entitled to salaries in the PA, 1,100 others were recruited to the various security mechanisms, between 100 and 600 people for each of the mechanisms.

Only 17 prisoners were admitted to the civilian offices due to the need for standards and compliance with admission requirements.

The question now arises as to the reform planned by the Palestinian Authority in the case of 4,700 terrorist prisoners who are still in prisons.

Recently, the prisoners opposed any reform, but as stated, sources in the PA say that a reform in their case was proposed a year ago and even received PA head Mahmoud Abbas’ approval. Details of the reform are not known at this time.