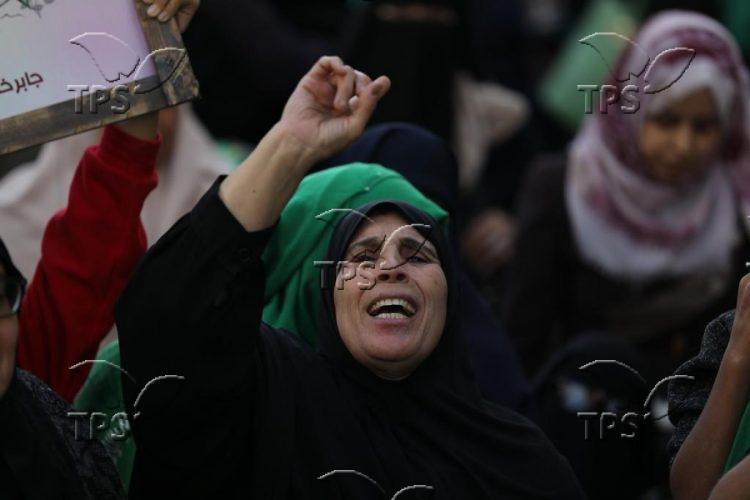 Jerusalem, 22 February, 2021 (TPS) -- The Palestinian Authority (PA) paid more than half a billion shekels in salaries to terrorists in 2020, about 3.25% of its annual budget, a new report by Palestinian Media Watch (PMW) shows.

Analysis of the PA’s budget by PMW has found that the payments, totaling at least 512 million shekels ($156,280,000), were rolled into the budget for “PLO institutions.”

In 2020, the budget category of the “Ministry of Prisoners’ Affairs” was removed completely, yet statements made by PA and PLO officials throughout the year confirmed that the PA continued to pay hundreds of millions of shekels in stipends to terrorists.

“It was clear that the PA had decided to pay terrorists in a roundabout way so that there would be no reference to the salaries at all in their budget,” PMW noted in its report. “The change was likely made to avoid international condemnation for the payments in a year in which the PA has received extra aid payments to help mitigate the costs of the COVID-19 pandemic.”

PMW has called on the International community to demand that the PA specify in future reports where the funds given to the PLO are going.

“This is not only necessary in the interest of transparency, but it is critical in order to monitor and eventually stop the PA’s ongoing incentivizing and funding of terror,” PMW explained.

Maurice Hirsch, Adv., Director of Legal Strategies at PMW and co-author of the report commented that “the PA’s 2020 terror reward payments prove at least two things. Firstly, that the PA believes that a simple accounting trick can fool the world and world leaders into believing that the leopard has changed its spots and is no longer incentivizing and rewarding terror.”

“Secondly, that despite the global COVID-19 pandemic, the PA’s priorities were, and remain, paying salaries to terrorists, including mass murderers, even over providing basic medical supplies for its population,” he said.

Further proof that the PA payments to the PLO include payments to the terrorist prisoners was found in the PA budget monthly reports on PLO “transfer expenditures” for 2020.

The monthly “transfer expenditures” which include salaries to terrorists were similar from January through November 2020. However, in December the expenditure suddenly spiked, corresponding to the PA’s announcement that it was paying the salaries of the terrorist prisoners for three months.

This was necessary because on December 30, 2020, Israel’s Anti-Terror legislation came into effect, which prohibits any banking transactions for the purpose of payment of a reward for an act of terror.

This means that the PA can no longer use the banks operating in the PA for the payment of the terror salaries. Fearing it would not be able to pay the prisoners their salaries, it advanced the payments for January and February.

The payments are made to terrorist prisoners and released prisoners, with the amount awarded increasing annually in accordance with the length of jail term. Therefore, a terrorist who has served 30 years or more is awarded some NIS 12,000 a month, approximately four times the average salary for a worker in the Palestinian territories, making terrorism “a lucrative career choice,” PMW noted.

According to the PA’s pay scale, the salary of an imprisoned terrorist begins at NIS 1,400 ($401) every month from his first day in prison, and gradually rises to NIS 12,000 ($3,435), in accordance with the amount of time he has been in prison. Therefore, the more severe the attack was, the higher the stipend the terrorist is set to receive.

Itamar Marcus, director of PMW, pointed out that despite this condemnation, payments are still being made by the international community, notably the European Union, to the PA.

“Whereas European countries are known to punish with sanctions those governments that spend even a small part of their budget supporting terror, the Palestinian Authority has a unique standing of being able to spend far more than 3.25% of its budget funding terror and not only is not punished but it remains a major recipient of international aid,” Marcus said.

“The international donors’ willingness to give the PA hundreds of millions of euros a year while the PA continues to promote terror and fund terrorist murderers is the single most important reason that Palestinian terror continues to thrive,” he charged.