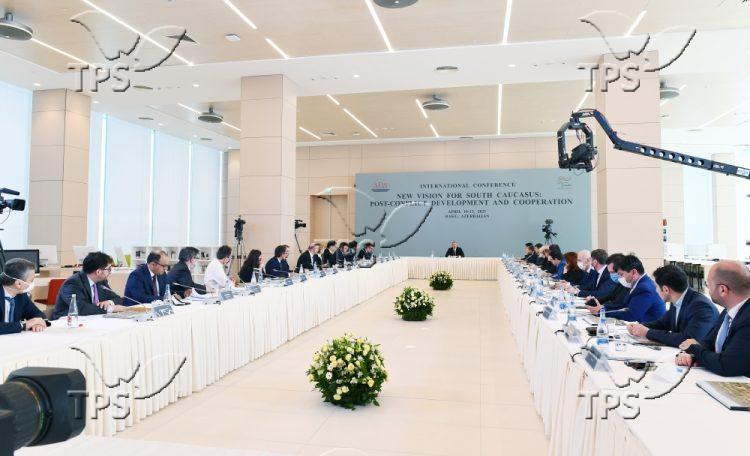 Jerusalem, 14 April, 2021 (TPS) -- President of the Republic of Azerbaijan Ilham Aliyev has participated in the “New vision for South Caucasus: Post-conflict development and cooperation” international conference held at ADA University in Baku, Azerbaijan.

Rector of the ADA University, Ambassador Hafiz Pashayev made opening remarks at the conference which is attended by representatives of world’s leading think tanks.

The head of state made a speech at the conference.

The event continued with discussions, comments and Q&A session.