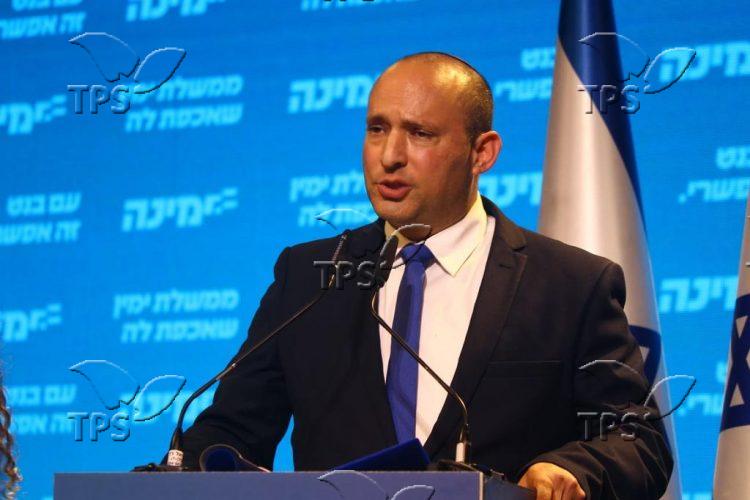 Jerusalem, 21 July, 2021 (TPS) -- Politicians from the right and leaders from Judea and Samaria have issued scathing denunciations of Prime Minister Naftali Bennett following a report that he has enacted a de-facto building freeze in Judea and Samaria, at the request of the Biden administration.

The Israel Hayom daily reported Tuesday that Bennett and Defense Minister Benny Gantz are refusing to hold a meeting of the Supreme Planning Council in Judea and Samaria, due to a demand passed to Bennett from Washington.

The Council was supposed to convene more than a month ago. This means a freeze on future construction in Judea and Samaria since as long as the Council does not convene, new plans cannot be approved.

However, The head of the Land of Israel Lobby in the Knesset, Member of Knesset (MK) Yoav Kish, and MK Orit Struck stated that the failure to convene the Supreme Planning Council is “a de facto freeze on settlement in Judea and Samaria,” and the Lobby “expects the government not to submit to the dictates of the US administration and to order the Planning Council to convene immediately and approve the plans.”

Bennett, “who as CEO of the Yesha Council waged a determined struggle against the freeze, is expected to follow the principles he himself set and make clear to the Americans that building in Judea and Samaria is a basic right and duty that Israel cannot give up,” they said.

MK Keti Shitrit, a member of the lobby stated that “Bennett promised that the Israeli settlement would not be harmed but as with all his promises this too did not come true.”

“We are witnessing the subservience and weakness of Naftali Bennett, who was the former director-general of the Yesha Council and promised to act for the settlement and the continuation of construction” in Judea and Samaria, she said.

Arab construction in the area continues uninterrupted and without permits, while Bennett, under American pressure, freezes Israeli construction, she charged, saying it was “discrimination.”

The head of the Shomron Regional Council, Yossi Dagan, called on Bennett “to make it unequivocally clear that the government under his leadership will not make any kind of construction freeze in Judea and Samaria and in Jerusalem.”

“I hope the report is incorrect and call on the Prime Minister to clarify it and to approve construction,” he said.

“The ball has never been in Washington’s hands, it has always been and will be in Jerusalem, with the Prime Minister,” Dagan clarified.

Bennett’s office claimed that “there is no American pressure. The Council has not convened since Joe Biden took office as President of the United States.”