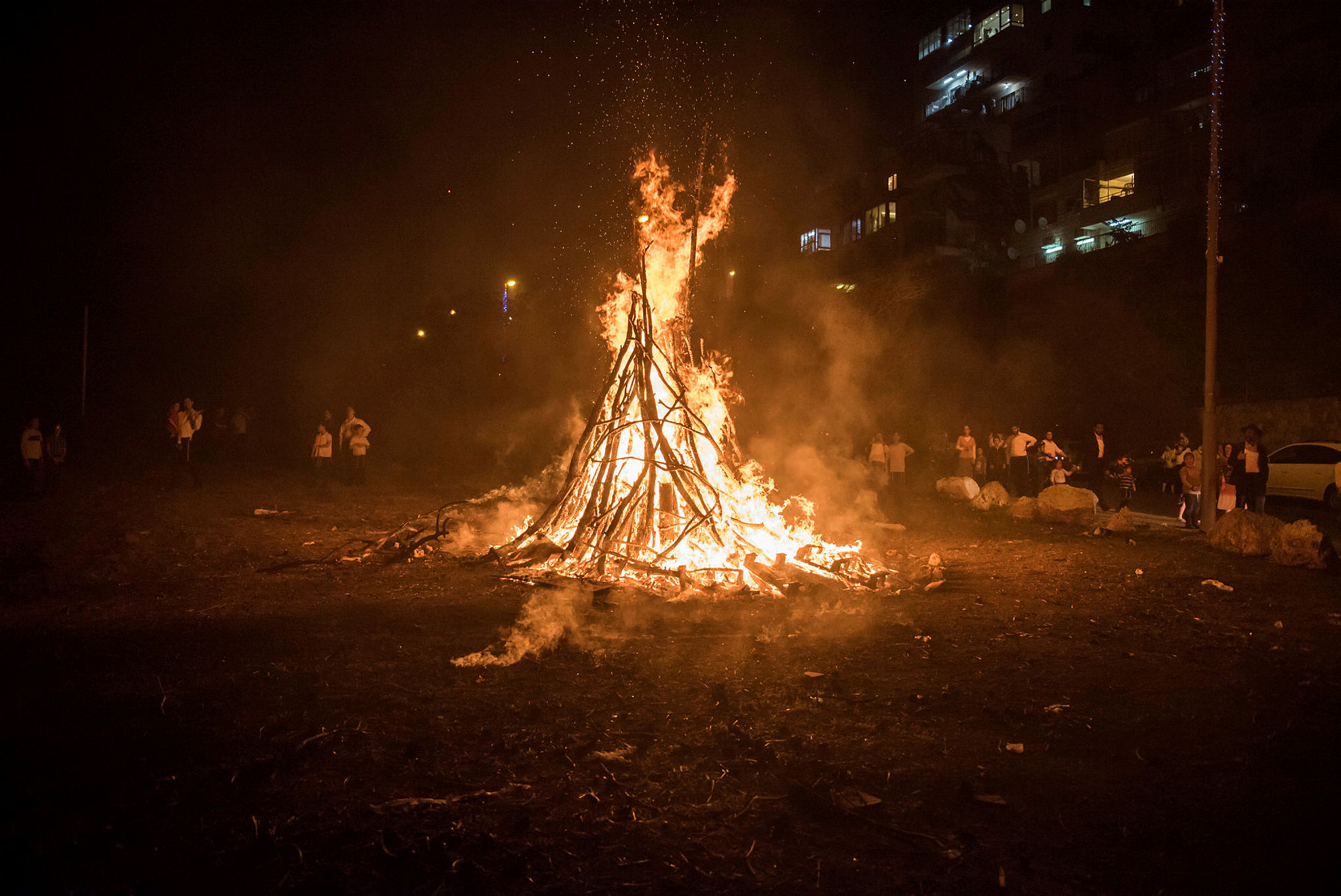 Jerusalem, 31 December, 2020 (TPS) -- Bucharest, 31 December 2020 (AGERPRES) –  The passage to a new year has been accompanied since ancient times by customs and rituals that are being observed even to this date, particularly in Romanian villages.

Reputed ethnologist Ion Ghinoiu, PhD, Professor and scientific secretary of the ‘Constantin Brailoiu’ Institute of Ethnography and Folklore of the Romanian Academy, coordinator of the Romanian Ethnographic Atlas, writes in the volume ‘Romanian Holidays and Customs’ (ELION Publishing House, 2003) that New Year’s Eve celebration ‘is nothing more than a funerary ceremonial of Geto-Dacian antiquity on the death and symbolic rebirth, on the night of December 31 to January 1, of the first god of mankind, the Year, and of calendar time it is related to.’

‘The linear, irreversible flow to infinity of objective time is stopped after 365 days and turned back, like a clock, to the beginning. The symbolic return of time on New Year’s Eve was assimilated with the death of the adored divinity, and the resumption of day count – with its birth. Time is born, rejuvenates, matures, ages and dies in an annual cycle, to be reborn after another 365 days (366 in leap years),’ Professor Ghinoiu wrote in the cited book.

In the Folk Calendar, the younger or older Saints represent the metamorphoses of the Year – Saint Basil (Sanvasai), who is celebrated on the first day of the year (January 1), is a young tippler who rides on a barrel and makes merry; Saint George (Sangiorz – on April 23) is a young man on horseback; Saint Elijah (Santilie – on July 20) and Saint Demetrius (Samedru – October 26) are mature men. They are followed by the generation of white-bearded elder saints: Saint Andrew (Grandfather Andrew – November 30), Saint Nicholas (Grandfather Nicholas – December 6), Father Yester-Christmas (December 24) and Father Christmas (December 25), writes author Sorin Lavric in ”The Book of Christmas” (Humanitas Publishing House, 1997).

The symbolic return of time on this night is assimilated with the death of the worshiped divinity, and the resumption of the day count – with its rebirth,’ it is shown in the same volume.

New Year’s Eve sees carolers singing door to door to wish good health, abundance and joy, and rewarded with rolls, wine, sausages and sometimes money. The shout across the village is the nocturnal ceremony of lad groups for the ‘public trial’ of those who violated the rules of the community. This moment ends with the formula ‘Let the bad ones wash away, and the good ones build up!’ This custom is accompanied by the lighting of bonfires.

The ‘Masks’ and the Bear Dance

The Bear Dance custom is found only in Moldova, on New Year’s Eve; the bear is embodied by a young man who wears on his head and shoulders a bear fur with the ears embellished with red tassels. He is led by a ‘bear handler’, and they are accompanied by music performers and a group of characters (even a child who plays the role of the ‘bear cub’). The ‘bear’ growls and imitates the swaying footsteps of the animal he represents, striking the ground with his feet to the beat of the drums for the purification and fertilization of the soil in the new year.

Sorcova – the blooming twig caroling and Plugusorul – plough wassailing, are some of the most beautiful Romanian New Year’s Eve and New Year’s Day customs, according to the website https://calendarulortodox.ro.

Plugusorul
The plow wassailing – has in time turned from an ancient agrarian fertility rite into a well-wishing custom for rich crops in the dawning year, accompanied by shouts, whipcracking and bell ringing. The real plow, pulled by oxen, has been replaced over time by a miniature plow or a friction drum that mimics the lowing of oxen. The text recited by the Plugusor wassailers represents ‘a narrative about agricultural work intertwined with fabulous elements, starting with plowing, followed by sowing, the tending of the plants, harvesting and bringing the grains into the barns,’ it is shown in ‘The Book of Christmas’.

Sometimes the carolers gesture to evoke the act of sowing: carrying sacks of wheat, rye, barley or oats tied around their necks, they enter the houses, throw grains to imitate sowing in the field, and wish their hosts good health and rich crops. They are rewarded with apples, rolls or money. After they leave, the housewives gather the grains and take them to the cattle barn, to keep the animals healthy throughout the year.

Sorcova
Sorcova – the blooming twig caroling, makes the joy of children, who go wassailing with a blooming twig or a stick decorated with flowers made of colored paper (‘sorcova’). The term ‘sorcova’ comes from the Bulgarian word ‘surov’ (tender green), an allusion to the newly sprouted twig.

The caroler tilts the ‘sorcova’ towards the well-wished person, as if it were a wand with the power of passing vigor and youth, while reciting: ‘Sorcova, merry/May you live long, may you grow old/Long may you flourish/Like an apple tree, like a pear tree/Like a rose twig/Hard as rock, swift as an arrow/Hard as iron, nimble like steel/May you live long and see you next year!’

Other New Year’s customs
On New Year’s Eve, people must make a lot of noise to drive away all evil spirits. On the last day of the year, but also on New Year’s Day, it is advised not to spend and not to throw anything out of the house – not even the garbage, because along with it one throws out good luck. Also, it’s advisable to enter the New Year with no debts, otherwise one will remain indebted all year round, according to the website https://calendarulortodox.ro.

According to popular tradition, at New Year’s midnight the door of the house must be open to let the old year leave and the New Year enter. The elders say that at the passage between the years it is good to wear a new coat and something red, but also have some money in the pocket.

Another popular belief is that it is good to eat fish on New Year’s Eve in order to go smoothly and easily through the following year, like a fish through water.

At midnight it is important to make a wish and to welcome the New Year with high hopes, the website https://calendarulortodox.ro also notes.