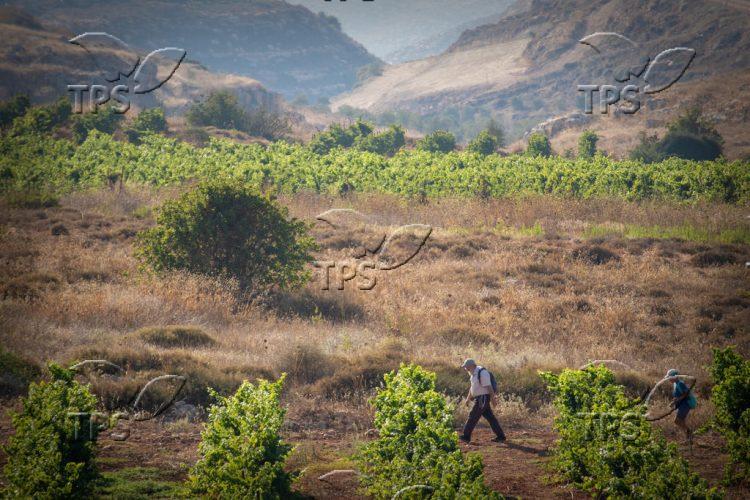 Jerusalem, 18 August, 2021 (TPS) -- The IDF has set in motion preparations to uproot Israeli-owned vineyards in the Shiloh area in Samaria as soon as next week, even though the court has thrown out Arab claims of ownership of the land.

The High Court of Justice recently approved the IDF Civil Administration’s request to implement a “disruptive use order” and uproot the vineyards, even though the Arab plaintiffs failed to prove ownership of the land.

The destruction is expected to uproot about 170 dunams of orchards and vineyards in the Shiloh Valley, which constitute about 40% of the agricultural activity of the Achiya Farm industries, which cultivates the land.

The agricultural lands were bought by the Achiya Fram in 2006, but due to Arab petitions, the Civil Administration decided to issue a draconian eviction order called a “disruptive use order” according to which in the event of an Arab complaint of invasion, the Jewish farmer must be unilaterally evicted.

This type of order has been widely criticized by High Court Justice Edmond Levy, and in recent years its use has been discontinued.

However, although the High Court ruled that the petitioners failed to prove ownership of the land, the judges granted in May the prosecutor’s request to approve the use of the order.

In recent months, efforts have been made to reach an agreed compromise on postponing the eviction, locating alternative land and relocating the plantations to it after the upcoming year of the Shemita.

In recent days, however, it has become apparent that the Civil Administration is discreetly preparing to uproot the vineyards as early as next week, despite the fact that negotiations between the parties have not been exhausted, and during the height of the harvest season.

David Zitzer, CEO of Achiya’s Farm, said that “we are in an inconceivable reality that even though the petitioners have not proved land ownership, about half of our farm is going to be uprooted because of a draconian order invented by Civil Administration lawyers and everyone admits it is blatantly immoral.”

The Civil Administration’s “foolish attempt to uproot the farm by surprise in the midst of the harvest season and while they are discussing with us a compromise outline to reduce the damage to the economy is no less than a national disgrace,” he charged.

He called on Prime Minister Naftali Bennett and “all the ministers of the national camp” in the government to “finally prove that they are really right-wing and stop the uprooting.

The Civil Administration declined to respond to TPS’ inquiries on the issue.