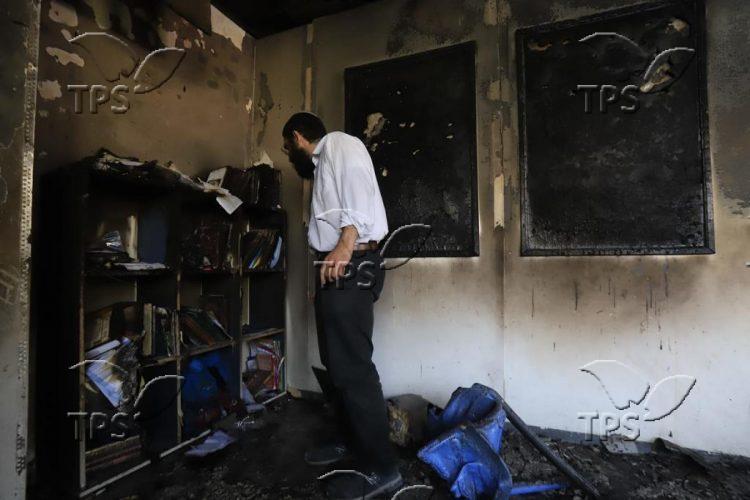 Jerusalem, 18 May, 2021 (TPS) -- At least 10 synagogues were attacked and burned in the past week of Muslim riots across the country while 28 mosques were exposed as weapons storage sites, the data show.

Data from the Central District of Fire and Rescue show that from last Tuesday, 10 synagogues and government institutions in the city of Lod in the center of the country have been set on fire. No mosques were attacked or burned.

The data also show that 28 mosques were exposed as weapons caches, where rocks and Molotov cocktails were prepared and stored.

Similarly, 22 Muslim prayer houses were documented being used to incite riots against Jews.

112 Jewish homes have so far been burned in Muslim riots, compared to one house of an Arab family in Jaffa, which turned out to have been set on fire by Arabs.

No looted Arab homes have been reported so far while 386 looted Jewish homes were documented.

A total of 673 Jewish homes were vandalized and 12 Arab homes were damaged.

849 Jewish-owned cars were set on fire, as opposed to 13 Arab-owned cars.

Conversely, Jews who used weapons in self-defense were arrested by the police, while so far, no Arabs were arrested for the use of firearms, despite the injury of several Jews in shooting incidents.

Over 5,000 incidents of rock-throwing at Jews were recorded, as opposed to 41 such attacks on Arabs.