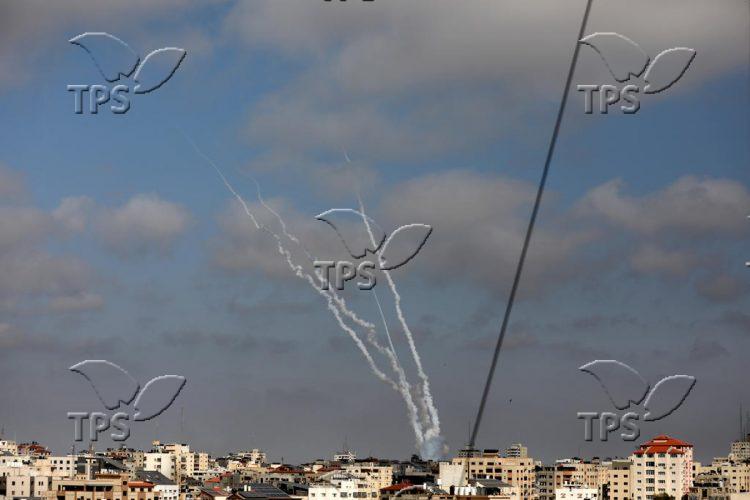 Jerusalem, 23 May, 2021 (TPS) -- The United Nations Security Council (UNSC) on Saturday called for a “full adherence to the ceasefire” that brought Operation Guardian of the Walls to an end early on Friday morning after 11 days of warfare.

The 15-member body, chaired by China, welcomed the announcement of the ceasefire and gave recognition to the diplomatic mediation efforts played by Egypt, other nations in the region, the UN, the Middle East Quartet “and other international partners”.

Responding to the UNSC’s statement, Israel’s Foreign Ministry thanked President Joe Biden and the US for their “continued support of Israel and its right to defend its citizens, as well as for its activity at the Security Council.”

“The full responsibility for this escalation lies with the Hamas terrorist organization, which chose to initiate rocket fire at Israel’s capital of Jerusalem, the areas surrounding the Gaza Strip, and other cities in Israel,” the foreign ministry underscored.

Jerusalem further said “it is very unfortunate to see that the Security Council has ignored the launching of over 4,000 rockets at Israeli civilians from populated areas in Gaza.”

In its statement, the Security Council fails to mention Hamas by name and only remarks on “Palestinian rocket fire.”

“Hamas uses the people of Gaza as a human shield, cynically exploits their suffering, and shoots at border crossings in order to prevent the entry of humanitarian aid, food, medicine and electricity into Gaza from Israel,” the statement said.

Israel demanded that the international community “condemn and disarm Hamas, and ensure Gaza’s rehabilitation while preventing the diversion of funds and weapons to terrorism.”

The UNSC called for “developing an integrated, robust package of support for a swift, sustainable reconstruction and recovery.”

The UNSC also stressed “the immediate need for humanitarian assistance to the Palestinian civilian population, particularly in Gaza”.

On Friday, UN relief chief Mark Lowcock announced that $22.5 million was being allocated from emergency funds for the humanitarian response.

“Israel continues to be committed to the fate of the captives and missing persons being held by Hamas in Gaza, and insists on their safe return,” the statement said, referring to the bodies of two IDF soldiers and two live civilians who are being held by Hamas.

Finally, Israel thanked the countries that “supported Israel’s right to defend itself and will continue to do so against any threat against its citizens.”