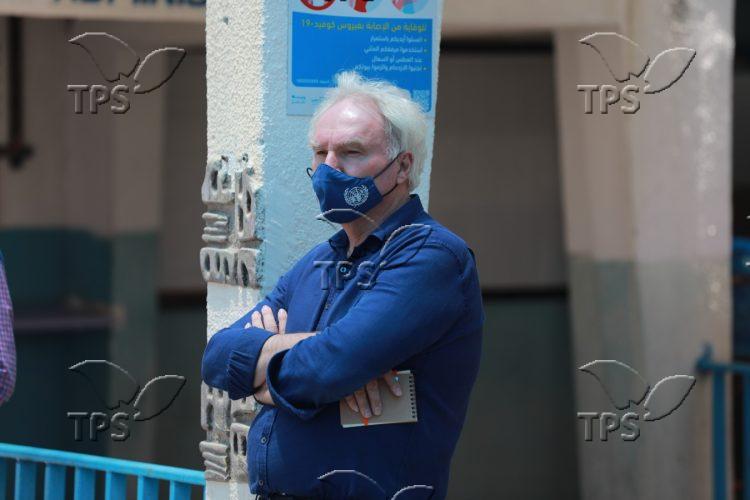 Terrorist organizations in the Gaza Strip expressed rage at Matthias Schmale, director of United Nations Relief and Works Agency for Palestine Refugees in the Near East (UNRWA) in the Gaza Strip, for telling Israel’s Channel 12 that during the Operation Guardian of the Walls there was no shortage of food and drugs in the Gaza Strip and that the Israeli Air Force bombings of terror targets were carried out with sophistication and accuracy.

“I’m not a military expert…I also have the impression that there is a huge sophistication in the way the Israeli military struck over the last 11 days,” he said in the interview on Sunday.

Hamas demanded an immediate apology from the aid and employment agency in the Gaza Strip.

“The main task of Mr. Schmale is to provide support and assistance to Palestinian refugees and is not standing with and defending the Israeli occupation that commits crimes in front of the world,” Hamas stated.

The Popular Front for the Liberation of Palestine (PFLP) in Gaza called for his dismissal in light of what is described as “ongoing offenses.”

The Islamic Jihad organization said that Schmale’s remarks are “in line with the allegations of the occupation and express intentional incidents aimed at justifying terrorism against innocent people, civilians, residential towers and civilian facilities”.

The Joint Committee on Refugees in the Gaza Strip said that his statements were “outrageous and false and expressed the true position in this person’s mind, as well as a continuation of his dysfunction in the face of the refugee population and staff suffering from ongoing cuts.”

“There is no need to refute his remarks, as the data is the best evidence of his lies,” the Committee charged.

Condemnations also flowed from Arab unions, associations and institutions around the world, and pictures of Schmale standing on the ruined buildings are being published on the networks.

Facing the intense pressure, Schmale issued an apology on Tuesday in which he said that his remarks “offended and hurt those who had family members and friends killed and injured during the war that has just ended. I truly regret to have caused them pain.”

“There is no justification whatsoever for killing civilians. Any civilian killed is one too many. It is simply unbearable that so many innocent people have paid with their lives,” he said. “Military precision and sophistication are never a justification for war.”

Completely changing his tune, he said that “the terror from the sky that we have just experienced amounts to a form of collective punishment of the civilian population. This must never happen again.”

“The context in Gaza does not start with the blockade 14 years ago but with the Nakba more than 7 decades ago. And Israel must be held fully accountable for all its brutal measures against Palestinians,” he demanded, relating to the establishment of the state of Israel over 70 years ago as a “catastrophe.”