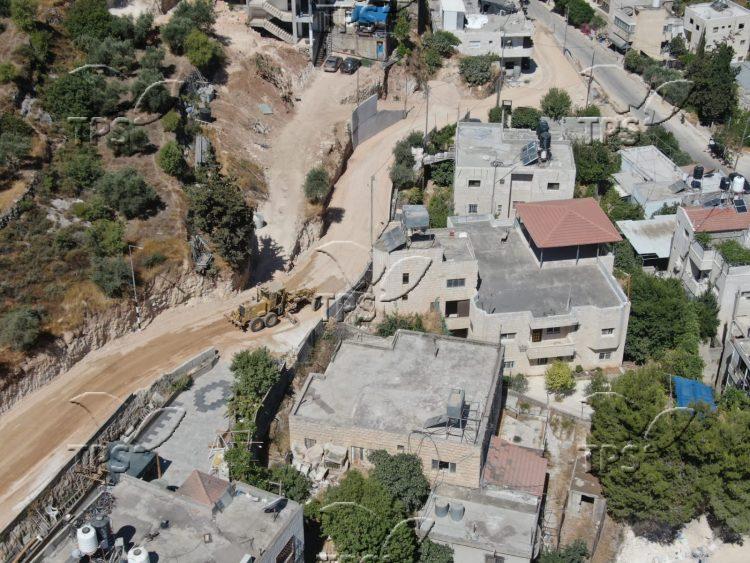 Jerusalem, 24 June, 2021 (TPS) -- The Regavim Movement filed a petition in the High Court of Justice on Wednesday calling on it to use legislation against the Palestinian Authority’s (PA) “de facto annexation” in the Gush Etzion region.

The PA is building a road in Area C, under full Israeli sovereignty as per the 1994 Oslo Accords, which connects the Arab villages of Batir and Husan.

The two towns, situated in Area B, are being connected through Area C, while effectively strangling the Israeli community of Har Gilo, situated just south of Jerusalem.

Last week, Regavim submitted a second urgent alert to Minister of Defense Benny Gantz and to the IDF’s Civil Administration demanding immediate enforcement action against the PA’s strategic project in Gush Etzion. The two have yet to act.

Eitan Melet, Regavim’s Field Coordinator for Judea and Samaria, who documented the illegal work to develop the road, explained that the land on which the PA is laying the road is of particular strategic importance because it constitutes the corridor connecting Gush Etzion to Jerusalem, and “is a vital strategic asset for Israeli control of the area.”

The illegal road, and the further expansion of the PA villages that it will serve, will “turn territory under full Israeli jurisdiction into an isolated enclave surrounded by territory under de facto Palestinian Authority control,” he warned.

“The Batir road is one more attempt to dismantle Israeli sovereignty. The road work must be stopped – yesterday! – and we must prevent the creation of a Palestinian state right under our noses. Protection of Israeli state land and law enforcement against illegal construction, land-grabs and encroachment on our national resources must be at the very top of the list of priorities of every Israeli official,” he said.

Regavim issued two separate alerts in recent days calling for a criminal investigation against the construction crews who are carrying out the illegal work, and full disclosure of any and all enforcement activity that has been carried out so far.

In light of the urgency of the matter and the pace at which the work on the road is progressing, and after no response from the IDF or Ministry of Defense was received and no enforcement activity was carried out, Regavim petitioned the High Court of Justice to instruct the Ministry of Defense to apply the relatively new legislation, passed in 2018 and approved by the High Court in recent rulings, that empowers the demolition of new structures.

The PA has engaged in diverse and fast progressing projects to take over Area C, Israeli land, while circumventing diplomatic negotiations, often with the support of the European Union, with the objective of establishing a de facto state.

According to data collected by the Regavim movement, which monitors and combats illegal Arab construction, in 2009 the number of illegal Arab structures in Area C stood at 29,784, while in 2018 the number surged to 58,435.