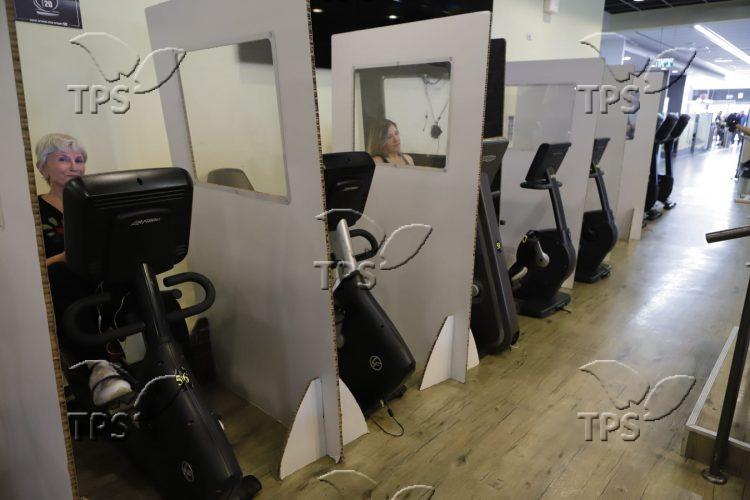 With Green Passport, Israel Starts its Return to Normal Life

Jerusalem, 23 February, 2021 (TPS) -- Israel’s streets and the economy gradually reassumed a normal appearance this week after the government further eased the Coronavirus (COVID-19) restrictions and reopened commerce and culture venues that have been closed for months.

The Health Ministry launched the Green Passport program which enables exclusive access to Israelis who have received the two-Pfizer developed vaccines or who have recovered from COVID-19.

Gyms and studios, cultural and sports events, houses of worship, hotels, and swimming pools are now accessible to Israelis presenting the Green Passport. Israelis entering these venues present a printed certificate or information on a designated app.

The Green Passport is valid from a week after receiving the second vaccination dose and for six months and grants its carrier an exemption from the obligation to enter quarantine after being exposed to a verified patient.

Minister of Health Yuli Edelstein reported last month that he had talked to his counterparts in different countries and “the enthusiasm for the Green Passport is immense. Proposals such as a national alliance of countries that trust each other for the type of vaccine given, in relation to isolations and flights has huge potential.”

Israeli rock star Aviv Gefen held his first concert since the last lockdown at the Zappa Club in Herzliya in front of a crowd of 300 Israelis.

“This is moving, very very exciting,” he told the crowd, who was still sitting far apart and was wearing masks. “I got up very early this morning and told myself that today there will finally be a regular show in the Zappa, with a real audience.”

“I’ve been waiting for this for so long, it’s a miracle. We’re third to open after Australia and New Zealand, it’s just joyful,” he declared.

Gefen last performed for a live audience over six months ago.

Many similar events are slated to take place in the coming weeks, as the government closely monitors the effects of the Green Passport program.

The Ministry of Health updated Tuesday that some 70% of Israelis over the age of 16 have received at least one dose of the COVID-19 vaccine.

All Israelis over the age of 16 are eligible for a COVID-19, while the Health Ministry is expectantly waiting for the trial results for youth and children under age 16.