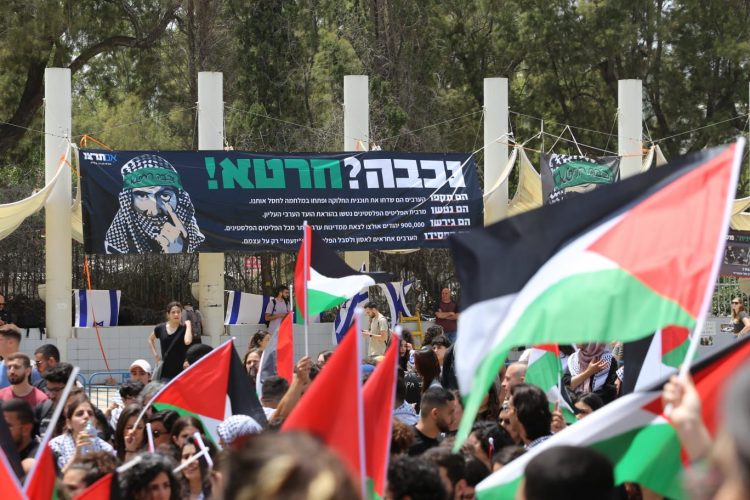 Jerusalem, 15 May, 2022 (TPS) -- Arab students at Tel Aviv University show that they see Israel’s existence as a disaster – Nakba in Arabic – for the Palestinians. Sunday May 15 is the anniversary of the day when by UN vote the British Mandate over the country came to an end and the Jewish state came into existence.

Arab students were arrested by police on Sunday after physically assaulting Jewish activists who held a counter-demonstration across from the controversial Nakba Day ceremony held by students at Tel-Aviv University.