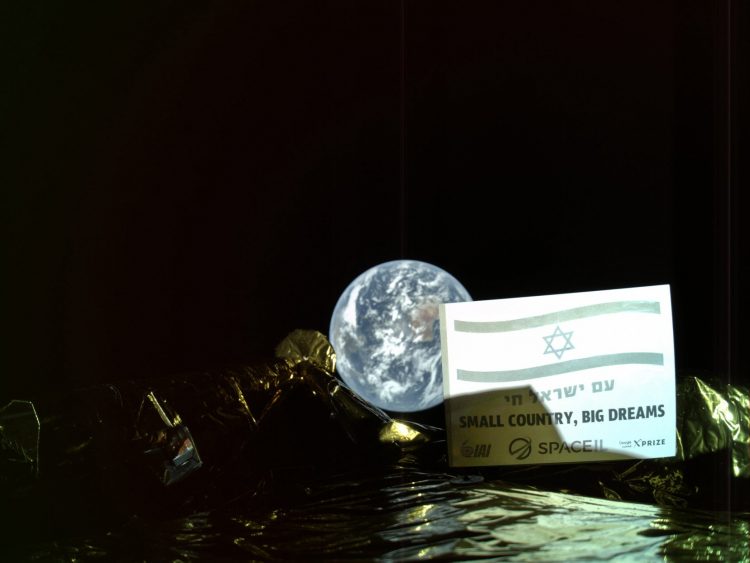 Beresheet (Genesis), the first Israeli spacecraft to be sent to the moon, took a selfie of itself and Earth some 37,600 km from our planet.

The area in the photo is Australia and the shot was taken during the probe’s slow rotation in space.

The plaque in the photo features the Israeli flag and says “Small country Big dreams.”

The spacecraft is on its way to an elliptical orbit where the furthest point from Earth is at a distance of 131,000 km.

Beresheet is slated to touch down in the moon’s Sea of Tranquility on April 11.