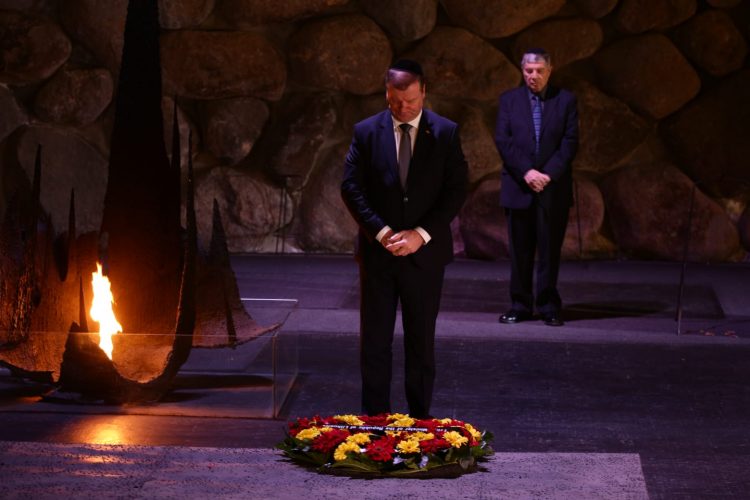 He visited the “Flashes of Memory – Photography during the Holocaust” exhibition, participated in a memorial ceremony in the Hall of Remembrance, visited the Children’s Memorial and signed the Yad Vashem Guest Book.

Skvernelis also met with Prime Minister Benjamin Netanyahu and President Reuven Rivlin, during which he stated that “I am greatly honored and privileged to be here in Israel. The relations between our two countries are much more than normal interstate relations.” He added, “the Jewish community of Lithuania has been an inseparable part of our people and country for centuries.”

“Over the past 30 years, as an independent country, Lithuania has been learning the lessons of the past,” said prime minister Skervnelis. “We are dealing with what happened in the past, improving the life of the Jewish community and restoring historical sites.”

“Lithuania is a friend of Israel in the European Union and in the international arena,” he added. “We understand your concerns about Iran. Ballistic missiles and warheads could be a serious problem if not dealt with in time.”