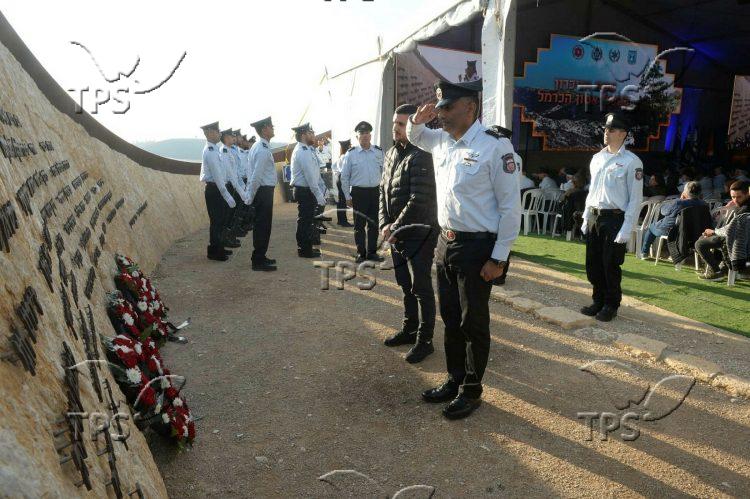 Dozens attended the state memorial held on Tuesday in honor of the 44 officers and civilians killed in the 2010 mass blaze on Mount Carmel.

The fire was the deadliest in Israeli history.

The victims were mostly Israel Prison Service officer cadets, as well as three senior police officers, among them the chief of Haifa’s police.

More than 15,000 people were evacuated, including several villages in the vicinity of the fire, and there was considerable property and environmental damage.